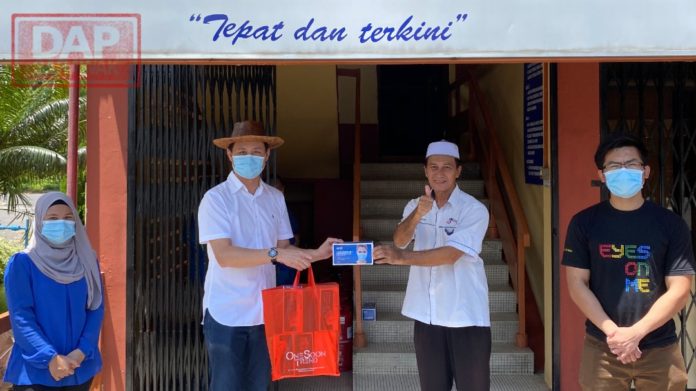 In his remarks, the senator said the department had always been playing a crucial role in sharing with the local community the latest updates on national policies, and also raising public awareness of such matters.

“With rapid advancement in information technology, the role of the department has become heavier and more challenging, in that it strives to disseminate verified news via digital platforms and various social media, which would require innovation and creativity in making the content attractive and appealing to the masses, ” he said.

Ling understood that despite the department’s office here not operating as usual, the information team had been going to the ground where they put up posters and made announcements across many areas, to let the public be more aware of the Movement Control Order (MCO) so that they would always comply with the requirements throughout its period of enforcement.

The senator also said having worked closely with the Miri Information team over the past two years, he found them to ‘very professional in discharging their duties’.

The senator was accompanied by his special assistant Lawrence Low and secretary Siti Zubaidah at the People’s Information Centre here yesterday.