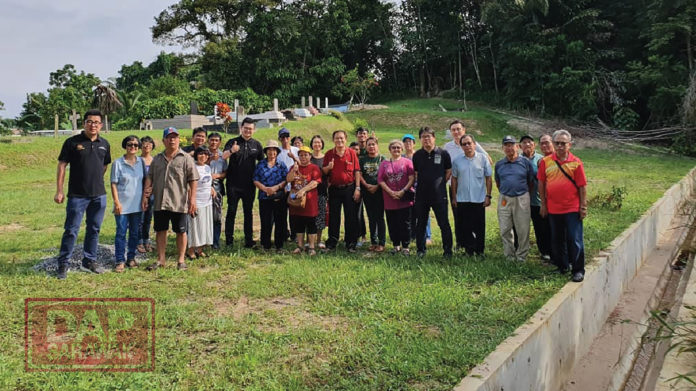 I officially handover to the Kuching Baha’i community the completion of the construction and upgrades of drainage system at the Kuching Baha’i Cemetry at Batu Kitang that will hopefully address the long-term flooding issue on the grounds.

My office contributed around RM 50k to the construction of the concrete drains that will help solve the long-standing flooding problem in the grounds.

Before this, there was no proper drainage system in the cemetry grounds as there was just mud drains that could not cope with the water outflow especially when it rains.

Because of that, almosy everytime there is heavy rain, the cemetry grounds that we are standing on will often be flooded.

So since the completion of the construction and upgrades, even with heavy rain for the past few there have not been anymore flooding in the area. I am glad to be able to help the community address some of their concerns especially on something so sacred to them.

Some of them even joke with me that, they now do not have to worry about “swimming in the afterlife”

Growing up, we all here in Kuching were exposed and encouraged by the Baha’i scriptures that were posted on our old public bus that encouraged us to love one another.

I as a member of Parliament am always looking forward to partner and work closely with all the different communities for the benefit of people and to build greater religious understanding of one another as well as to build a harmonious caring and tolerant society centered around the principle of loving one another.