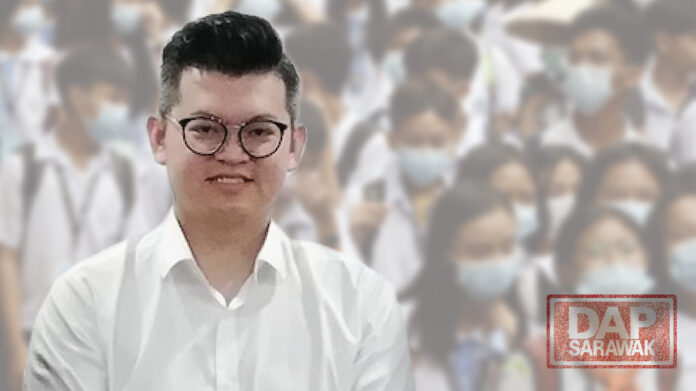 The Ministry of Education should look into the need of a special consideration on postponing the opening of schools in Kuching in view of the increasing cases of Covid-19 in Kuching.

The recent cases in Kuching could be the tell-tale sign of a possible 2nd wave of infection and that is why all the necessary precautions need to be done to prevent this second wave, including among our students and teachers.

While I welcomed the government’s initial announcement on the opening of schools by stages, but due to the recent cases especially in Kuching, I believe such special consideration should be given as we lean on the side of caution and not risk the lives of our students and children. This is also important to allay the concerns and fear of the parents and even teachers of opening schools even with the possibility of second wave in Kuching.

The government should be pro-active in preventing the 2nd wave on top of all the other SOPS and direction to curb spread in schools.

While I fully understand that the opening of schools is important so the students especially the those without proper internet or gadgets do not get further left behind and also freeing parents to go back to work, but it has to be done properly so that we can avoid any spread of the virus causing a 2nd wave just like South Korea, France and some other countries.

We do not want to risk another new cluster among in our schools and not regret when it is too late. So I do hope the Ministry of Education take in all the necessary feedback especially from the Ministry of Health and also PIBG or School Board, in making this important decision to protect our children and future generations.