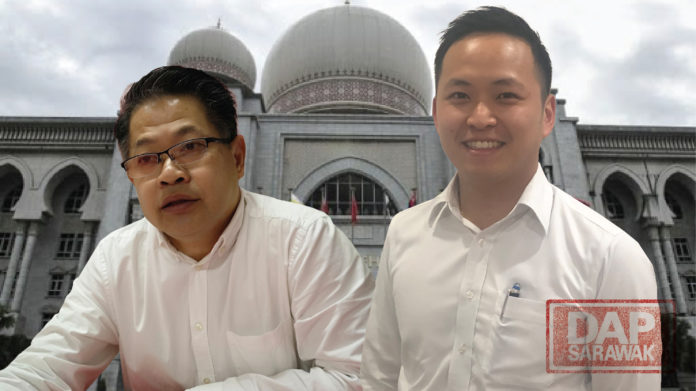 The Federal Court in yesterday’s ruling finally put an end to the question of whether one who had previously acquired foreign citizenship (and subsequently renounced it) is qualified to stand for elections to be a member of the State Legislative Assembly. As the legal team for Dr. Ting Tiong Choon, we have always held the view that while the disqualification arose upon the act of acquiring foreign citizenship, the said disqualification shall also cease upon its renunciation. Upon the renunciation, all advantages and disadvantages attached to foreign citizenship come to an end. However, the Federal Court disagreed with us and we must respect the decision of the court. With this settled law, now everyone knows what the position is.

However, what is rather unfortunate about yesterday’s ruling (which is also not widely reported in the newspapers) is that the court held that the State Legislative Assembly’s decision is non-justiciable. In other words, the conduct of the Speaker can not be challenged in court even if it is a clear contravention of the Federal Constitution.

His Lordship, David Wong Dak Wah CJSS in his summary of grounds said

13. The most pertinent observation is that our Federal Constitution does not confer on Parliament the jurisdiction to determine the validity of election results. That is a matter reserved exclusively for an election Court as recognized under Article 118 of the Federal
Constitution.

25. Firstly, the pre- and post-election dichotomy respects the doctrine of separation of powers. If I were to sustain the submission of the Respondents, it would mean that if in the event that the Election had held that the Respondent is not disqualified in the election petition, the DUN would have a power to ignore the ruling of the Election Court and in fact, can override that decision by tabling a ministerial motion as was done in this case. That proposition is a blatant disregard for the doctrine of separation of power which I am prepared to allow.

The decision has set a dangerous precedent where the Speaker of a legislative assembly may choose to disregard all basic principles including the separation of powers and Res judicata.

This also opens the Pandora box where disgruntled election candidates who have been defeated in their election petition may use the legislative assembly as a backdoor to disqualify a winning candidate. While Pakatan Harapan is not going to be using such tactics to undermine the election results, it nevertheless sets a dangerous precedent for future results. Any coalition and/party that holds the simple majority in a legislative assembly can easily move a motion, pass it and thereafter disqualify any of its members without any repercussions. We are now on a slippery slope and until another Federal court decision comes along to overturn it, we are stuck with it.