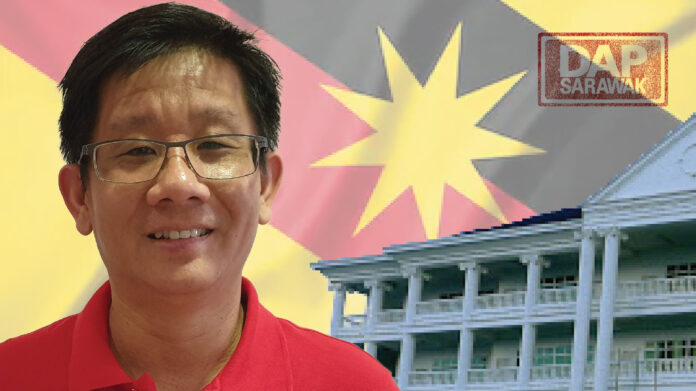 I am glad that 5 years after proposed setting up of Sarawak’s own international schools back in 2015, the state government finally adopted it and now in the process of tendering out to be built. This will be an important first step towards exercising Sarawak right in paving its own educational blueprint for the greater-good of Sarawakian.

Back in 2015, our DAP Sarawak Chairman during his speech in Sarawak State Assembly proposed that 10 percent of the State Budget be provided for the private English medium school, which would be licensed by the Education Ministry.He added that the private school would use English as the medium of instruction and full fee waiver for all Sarawakian. In 2019 the matter again was pursued in the State Assembly for prompt action and the need of tangible actions to be taken.

This goes on to show that the DAP has the vision roadmap and plan to truly develop the state, based on our education agenda. I am glad that the Chief Minister finally stated that the five proposed international schools he announced last year were now in the process of tendering out to be built.

Relentless commitment to provide high-quality education is the only way the state can achieve high-income status within a short period of time. We need to be at the competitive edge for economic growth, develop new institutions, and build human capital.

Sarawakian need to be well equipped with 21st century skills, e.g. critical and creative thinking, problem solving, communication skills and etc. COVID-19 episode shows how technology able to safeguard both our health and livelihoods. Sarawakian need to be prepared and ride on this new wave of a future of ever-increasing change where technologies are replaced at an increasing pace accelerated by the COVID-19 pandemic. We need an education system which emphasises meritocracy, science, mathematics, English. And we needed it yesterday.