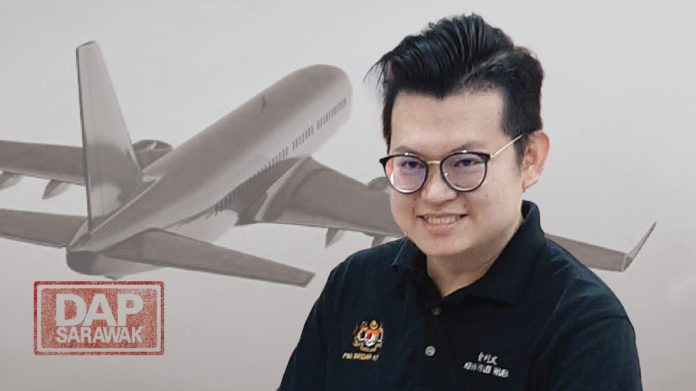 I express strong reservations toward the suggestion of Chief Minister Abang Johari to set up our Sarawak airlines or even in collaboration with Sabah it may not be sustainable or economically feasible. It may be more of an ‘image’ decision rather than a business decision.

While I believe there is a need to improve connectivity into Sarawak and around Borneo to promote our tourism industry, but as the State Government, there are better ways to do that rather than dip their fingers into the airlines business which is tough and highly regulated in terms of it organisational structure, passenger safety regulations and other aviation requirements.

Especially it will cost a lot of public funds just to set it up, even more to sustain it and maintain it.

It is not easy to run an airline company and a big chunk of these companies all around the world are struggling to stay afloat. I am all for connectivity but if really the routes suggested especially to the rural areas are profitable, Air Asia or other airline companies would have taken it up already.

I rather the State Government instead used the money to incentivise existing private airlines to fly those routes. They should instead provide a better business ecosystem to allow the private sector to present their proposal and business plans, then incentivise them rather than trying to start our own airlines.

On top of that, as the State Government, they can provide more in making sure that there are better maintenance and development to our touristic products in Sarawak on top of increase more investments to build and develop the business and touristic potential in different areas all around Sarawak.

There is no point to try to increase connectivity by starting an airline if we do not have a good product to promote. We have huge touristic potential but more has to be done to attract more tourist to come and keep them coming back.

Thus, I urge Abang Johari to reconsider his priorities. In principle, it is not the business of the government to be in business especially in complex industry such as this.