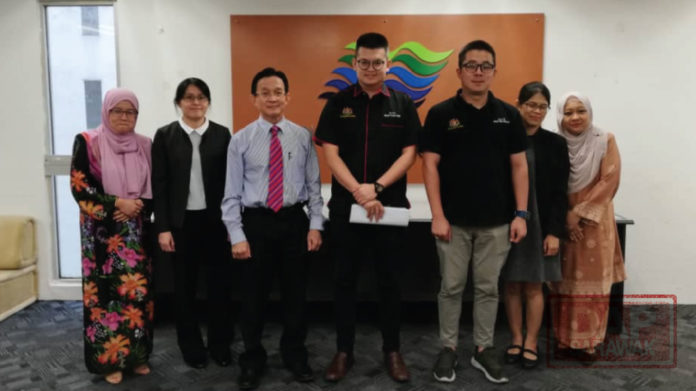 I paid a courtesy visit to Department of Irrigation and Drainage (DID), Sarawak to follow up on the progress of RM 150 million Flood Mitigation project for my constituency Bandar Kuching as a long-term measure to address the flood problem especially the chronic flash flood issues that residents in many areas suffer from for many years.

This is an issue that I have been debating in Parliament to resolve the long standing issue of flash floods in some low lying areas especially around Sarawak General Hospital, Jalan Tun Abang Haji Openg , Jalan Batu Lintang, Jalan Tong Weh Tah, Jalan Foochow, Jalan Laksamana, Jalan Ong Tiang Swee and many other areas.

The Federal Government has approved RM 150 million for the project known as Pembangunan Lembangan Sungai Bersepadu (PLSB) Sungai Sarawak which will cover 9 project locations including the upgrading of drainage in 5 locations including Sarawak General Hospital(SGH), the Government Quarters at Jalan Tun Jugah, Batu Lintang area, SK Muara Tuang, Samarahan and also the drainage along Jln Kuching-Samarahan Expressway. Besides that, there will be projects to build flood barriers along Sg Gersik, Sg Sinjan and also dredging and deepening of Sungai Tengah and Sungai Minjab.

Department of Drainage and Irrigation (DID), Sarawak is a State Department and is given the authority to carry out the tendering and monitoring of the project.

Based on their updates, the process of project planning and also tendering and appointment of contractors will be finalised by November 2019 and the detailed designing process including land acquisition and investigation will be carried out from December 2019 to December 2020. The physical construction will start in 2021 and is expected to take about 4 years.

I will the monitoring and pushing for the process to be expedited so that it will not cause too much inconvenience to the public. Although, even with this project itself, it may not solve all the flash flood issues in Kuching as more needs to be done including more flood mitigation projects along Sg Maong Kanan, and Sg Maong Kiri is still needed. I will be debating on this matter and will be pushing for it to be added into the upcoming 12th Malaysia Plan in 2021.