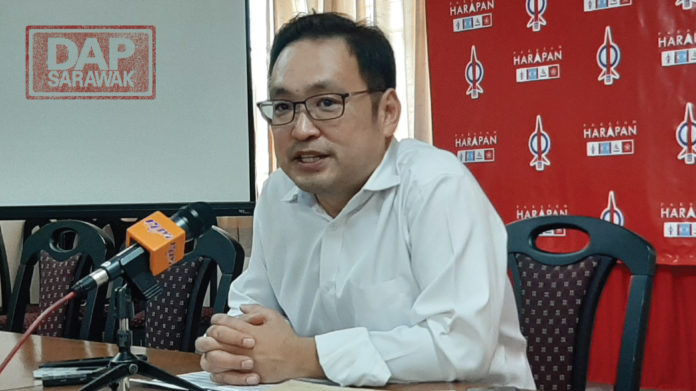 In 2020 Budget, a total Development Expenditure (DE) allocation of RM56 billion was provided.

Out of the said RM56 billion, RM30.1billion is state specific, ie. can be identified to be spent specifically in a state or another. The remaining RM25.9billion is not state specific which means the allocation is not confined to a specific state but of general application across the country.

Examples of such DE of general application across the country are many, eg:

On the other hand, that portion of the DE which will be allocated to projects in specific states is RM30.1 billion.

In fact, this method of calculation for state-specific allocation of DE has been used since Barisan Nasional’s time. It is nothing new.

During BN’s times, even adopting the same method of calculation, Sabah and Sarawak got much less than what the two states now get from Pakatan Harapan government.

All those years, the Sarawak BN and their MPs simply kept quiet and did not dare say anything.

Therefore, for the GPS MPs to now allege that the calculation of Sarawak’s portion of DE is RM4.5 billion out of the whole RM56 billion and thus Sarawak only gets 8% of the DE, such allegation is made based on twisted facts and malafide (with bad intent).

There are 19 GPS MPs in Dewan Rakyat, many of them have been federal ministers or deputy ministers. They have either suffered mass dementia or they are simply being dishonest to the people of Sarawak trying to instigate anger based on distorted facts.

As for the state ministers, they should also be fully aware that even for State’s budgets, there are substantial parts of the Development Expenditure which are not area specific but are allocated for general purpose across the state.

If compared with all the past budgets tabled by the previous BN government, Budget 2020 contains the largest proportion of the DE for Sarawak. Surely, to us it is the more the merry. However, to the GPS leaders and elected representatives, they have no moral ground to criticize because when they were in power, they approved the past budgets which gave Sarawak much less.

The Pakatan Harapan government will always prioritize development for Sarawak which has been neglected by the BN all these years. We thus urge the GPS not to distort facts and sabotage the federal government’s projects in Sarawak.

Pakatan Harapan will continue to accord Sarawak and Sabah with the rightful treatments as one of the three partners in the federation, an example of which is the continuation of the general subsidy instead of the targeted subsidy for Sabah and Sarawak.