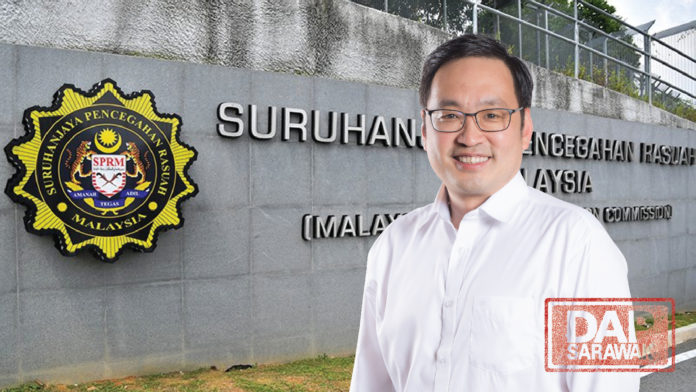 Sarawak PH welcome the statement of MACC Sarawak that the MACC Putrajaya is investigating the “high-profile individuals in the state over alleged corrupt practices”, the so-called “big fishes”.

Sarawak PH has been calling on the MACC to investigate the high-profile individuals in the state since last year. In January 2019, I have personally submitted some documents related to the alleged corrupt practices involving the State Government to MACC.

We are glad that finally some actions are being taken. We hope that the outcome will be forthcoming and there will be no further delay. The people of Sarawak have waited long enough for these “big fishes” to be brought to the book.

As the MACC is carrying out its investigation on these high-profile individuals in Sarawak, of late, the GPS leaders have started their attack against PH as “outsiders” and there is also a re-emergence of secession movement.

This is especially so given that just a month ago, Abang Jo has stated in the press that the negotiation of the implementation of MA63 and the devolution of power matters under the MA63 Cabinet Committee were progressing very well and satisfactorily. If the matter were progressing well as mentioned by Abang Jo, then why is the GPS resorting to these sort of hate politics approach now?

As the chairman of Sarawak PH, I wish to reiterate that Sarawak PH fully supports devolution of power to the states and the decentralization of the Federal Government but equal importance should also be given to good governance and anti-corruption measures.

It has been shown time and again that leaders of Sarawak GPS are prone to abusing and misusing their powers when they have full autonomy thereof, as shown in the land and forest policies of the State Government.

We are confident that regardless of how GPS leaders play up hate politics and the secession movement, the MACC being an independent body will continue its investigation on these “big fishes” and I look forward to the days of seeing these “big fishes” being brought to justice.