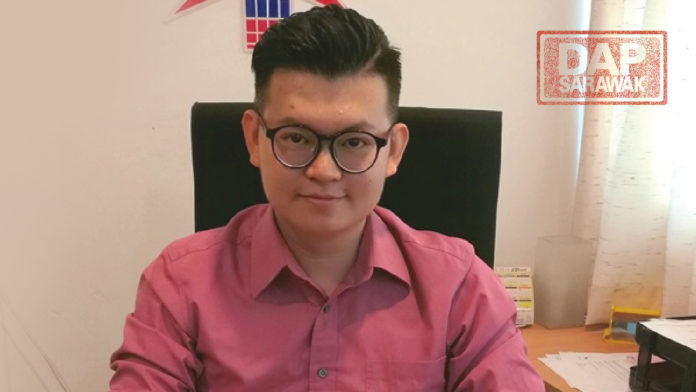 I urge that The Chief Minister Abang Johari and even YB Abdul Karim Hamzah to pass on their respective leadership role in Sarawak United National Youth Organisation (Saberkas) to younger leaders in Sarawak to give the greater confidence and chance to younger Sarawakians leaders to have a bigger role in leadership especially in youth organisations.

CM YB Abang Johari, who is the President is already 70 years old and his Deputy President YB Abdul Karim is 59 years old. While we appreciate the role of the elders and experienced, they should play a more advisory role, complementing a younger and fresh leadership in any Youth organisations rather than limiting the chance for them to take greater role in leadership.

I am dissapointed in YB Abdul Karim statement that Sarawak will not follow the Federal Government’s intention to lower the age group definition of youth from 15-30 years to give most chance and platform to the younger leaders even here is Sarawak.

Fact of the matter is, his justification and claims that such definition is a ‘Western concept’ and that our youth mature differently from those in the Western countries is an insult to capabilities, maturities and even competency of our youth.

To further justify it by linking maturity to ‘moving-out’ or staying at home with parents is shallow and should not be a parameter to measure the ability and competency of the youth in our country.

This is not a western concept, as many Asian countries has adopted such definition of youth(15-30yrs) including Sri Lanka, Japan, Hong Kong, the Philippines, Indonesia, India, Vietnam and many others.

This speaks volume on the value and confidence such GPS Ministers put on the youth even here in Sarawak. Even in a big organisation such as Saberkas, with 130,000 members, it is impossible to say they cannot find any suitable and competent leadership among young Sarawakians to take those higher leadership roles.

While i understand, there may be some youth that may not be aware or ready for such leadership roles, but to make a sweeping statement such as that is irresponsible and disrespectful to our youths who have been proactive, knowledgable and exposed to leadership roles from an early age.

Some of our youth in general may lack exposure, but that does not mean we are less matures or lack the knowledge learning abilities of those in the West. So, such moves to give more chance to youth to take leadership will then give greater exposure and expedite the maturity process which will only be good in a long term for our State and country.

The approach taken by the Federal Government is in line with our intention to empower the young people in our country on top of ensuring the continuity of our country’s leadership, and expedite the youth maturity process.

To allow our youth to take leadership roles in a younger age gives them an opportunity to grow, learn more about responsibilities as well as give fresh and good critical ideas into government policies that affects them. It will further encourage more participation of youth into such beneficial activities rather than go down the road of social and negative activities.

I am a strong believer that the youth play a huge role in our country and it is our collective responsibility to help nurture them, empower them and launch them into the potential they have. And that cannot be done if we continue to put little faith, limit them and do not give them the rightful platform to grow.