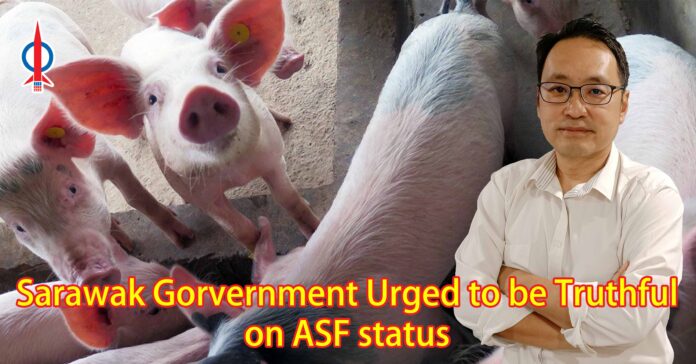 The State Government should be truthful and open to the Sarawak public on the status of the African Swine Fever (ASF) disease control measures in Sarawak and at the same time provide aids to the pig farmers who are badly affected by the disease.

Despite repeated claims by the Sarawak government that the ASF disease was under control, it seems that the disease is actually out of control.

The following is the chronological sequence of the spread of the ASF disease in Sarawak:

From this sequent of events, it is obvious that the ASF disease has infected almost all areas in Sarawak, contrary to the claims by the Sarawak government that it is all under control.

In light of the far-reaching effects and impacts of the ASF, the State Government must take immediate action on the following:

If the Government kept trying to suppress information, it will only fuel public anxiety and suspicion. The key to instill public confidence in government institutions is transparency and accountability. Therefore, I urge the State Government to quickly implement the 4 above suggestions.