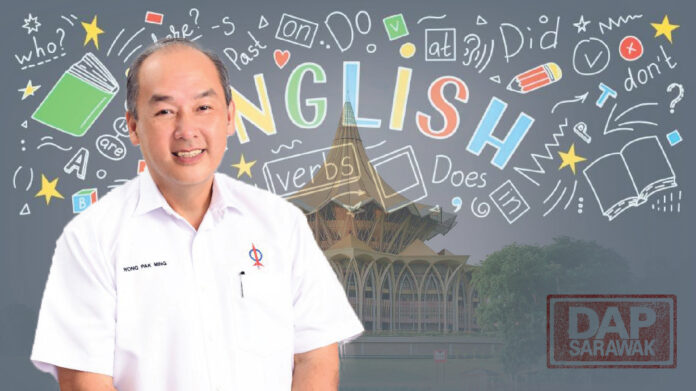 Sarawak has rights to use English in School under MA63

What happened to MA63？Under MA63, it is supposed to be supreme and above the Malaysian Parliament and cannot be changed by Parliament.

When Malaysian Agreement was drafted ,it was very clear to the initiators that the level of development between Malaya on one hand and Sarawak and Sabah in the other hand is very different, East Malaysia being lower. That is why there was many clauses including do not allow Malayan to migrate to Sarawak and business here. That is why we have separate immigration policies. That is why, states other than Malaya must have at least 1/3 of the parliamentary seats.

It was stated in MA63 that English is Sarawak second official language, we must hold on to it. The standard of English language among Sarawakians used to be of very high standard. Now, the standard is so low that the state government is going to spend hundred of millions to build elite secondary school : Yayasan Sarawak International School. We are convinced that the state government can do better to arrest the decline in English standard.

We would to state here that Sarawak had long become the “step-son” in education in Malaysia. The standard are declining and the facilities
among primary and secondary schools are “grossly sub-standard”。

We challenge the SUPP/GPS/PN government to have devolution of education policies and make education from primary to tertiary levels a state matter.

In many commonwealth countries including Canada and Australia, education is a state matter. Why we cannot do it here in Sarawak？