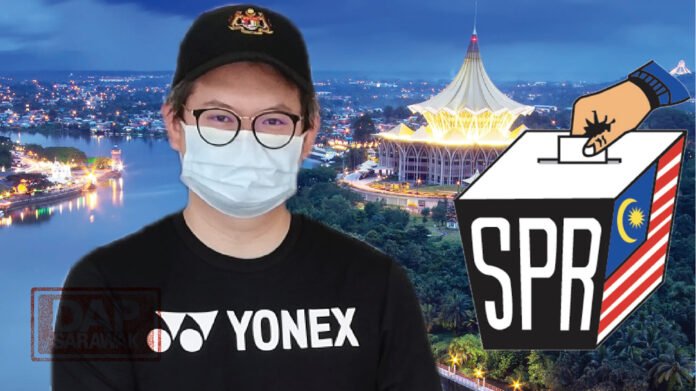 I think before we start to compare with countries like Singapore, or New Zealand, we must first understand the local context and our situation in Sarawak.

It is not just as simple as controlling our immigration borders.

For an election to be done in Sarawak, many of the staff and officers including those from the Election Commission, enforcers such as the police, will be mobilised from outside Sarawak into Sarawak to help out with the election.

We must understand, the size of Sarawak is almost as big as West Malaysia and to carry out an election will require alot of man power. So we are looking at many coming in, increasing the risk of the virus being brought into Sarawak.

On top of that, this also include Sarawakian voters that are working or even studying outside Sarawak. In order for them to vote, they will need to fly into Sarawak as well and are we going to deny them entry and deny their right to vote?

Even if they are allowed to vote in quarantine centres, but the length of the quarantine will deter many Sarawakians from coming back to vote, as they may not be able to get such a long time off work or even school. That itself is also against spirit of democracy, where we should find ways to allow everyone the right to exercise their vote.

In comparison, Singapore is a small country, and almost all man power to run the elections are internally mobilised. In countries such as New Zealand, the PM has already postponed the election before once due to rising numbers of Covid-19. Now they have not had a single case for past 10 days and are moving back to level 1( low risk) where there be no more restrictions.

In the case of Sarawak, since the mandate only ends in June 2021, there is no rush and justification for the elections to be done soon.

While the cases in Sarawak now may seem low, but no one can predict the trend in the future especially if there is a new hidden cluster that is being discovered.

Before this, we all must remember the time when numbers of cases in Sarawak was higher than the rest of the country especially with discovery of new clusters then, that is why nothing should ever be taken for granted.

Right now the main focus has to be on curbing the virus, protecting the people’s lives and their livelihood.