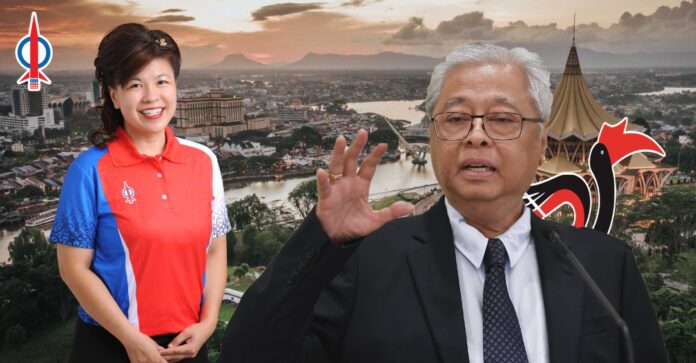 Prime Minister Ismail Sabri recently announced Perikatan Nasional’s support for GPS stating that if Sarawakians were to vote GPS out of the state government, development in Sarawak will be hindered.

Prime Minister Ismail Sabri’s statement implied that GPS is working in cahoots with the Perikatan National government, which means if you vote GPS, you will be voting for UMNO and PAS! Furthermore he is also implying that the Perikatan National government and GPS has been working together through some secret connection not within the norms of federal-state government relationship as stipulated in the federal constitution. These non-transparent connections contributed tremendously towards abuse of power and gross mismanagement. All our honest Sarawakians truly dislike to have such a form of government that create opportunities only for the privileged few. We in Sarawak aspire to create a fair, transparent and honest government that levels the playing field yet gives equal opportunity to all.

Nevertheless I would like to clarify to all voter in Sarawak that Malaysia is a sovereign nation govern by law and the prime minister’s claim is baseless and he does not have the authority to carry out his threat. He must carry out his duties as stipulated in his oath that he had sworn in front of DYMM Yang di-Pertuan Agong.

Otherwise he will be deemed a traitor for failing our King, country and God!

Furthermore, his statement is just an empty threat because it has been proven that Selangor and Penang which have Pakatan Harapan as state government is doing way better then our poor Sarawak! Both states are more developed and had better standard of living compared to the others as a result of good governance, integrity and transparency. Thus, I strongly urge all Sarawakian voters to help us vote PN’s proxy GPS out of Sarawak so that we can maintain our harmonious environment and bring our state to the level of Selangor and Penang!

When are our children going back to School?