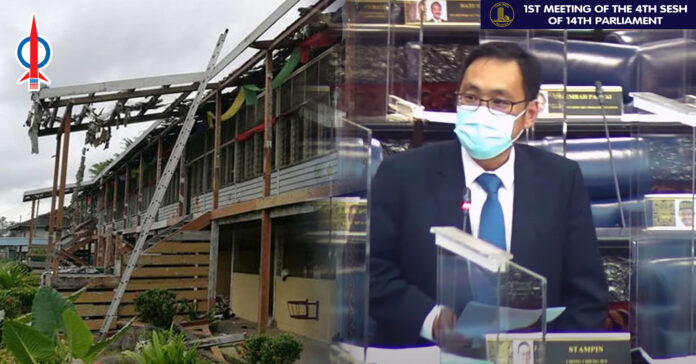 The project for the repair and upgrading of dilapidated schools in Sarawak is way too over-priced and too slow.

This morning in Parliament, I have asked the Minister of Education a question to state:

According to the reply of the Deputy Minister of Education, from 2019 to 2021, there were approximately 180 dilapidated school projects undertaken with an estimated costs of RM1.5 billion. Amongst these 180 projects some were completed and a majority is still work in progress.

That is a shockingly high figure for the repairing and upgrading of dilapidated schools project, averaging RM8 million per school!

Regrettably, to both my supplementary questions, the deputy minister has no answer. He merely answered that the costing of repair and upgrading of schools project in Sarawak were agreed amongst all agencies of the government and the State Government.

Since the Perikatan Nasional became the Government, it seems that the GPS was no longer very insistent on the swift implementation of the repair and upgrading of dilapidated schools in Sarawak. Have the high prices and lucrative profits of these projects numbed the senses and the sense of responsibility of the GPS Government?

I reiterate, while we all want to have good school facilities for our children, the Gabungan Parties Sarawak (GPS) should not treat these education projects as their ATM to get rich and get money.