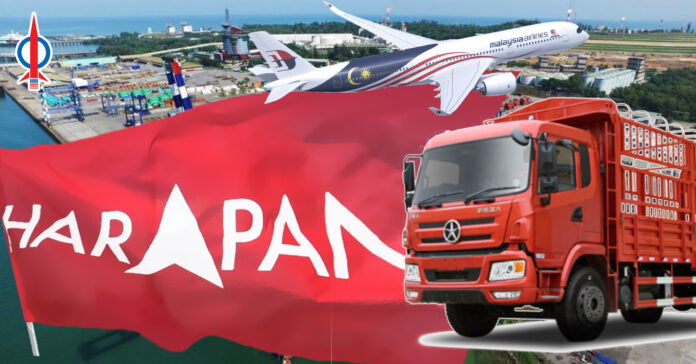 SUPP and Sarawak GPS are playing 2-face politics on the issue of 51% Bumiputra equity ownership requirement for freight forwarding companies.

While the SUPP second-liners and third-liners leaders issued press statements to local press opposing the implementation of such policy, the top leaders of GPS are supporting the Government’s decision to proceed with the policy.

Today, in parliament, the Minister of Finance, while replying to the question of Anthony Loke on this issue, made it clear that the PN Government will only put the implementation of such policy on hold till 2022.

That was the policy set down by the Barisan Nasional since 1990.

When PH became government in 2018, there were attempts by some government officers to apply this policy to all freight forwarding companies, including those formed before 1990. Such attempt never saw the light of the day and was nipped at the bud by Lim Guan Eng who was then the Minister of Finance. As such, the industry players were not even aware that Lim Guan Eng has resolved the problem for them even before it became a problem.

When the Perikatan Nasional (PN) took over the government in 2020, similar attempts were made again, using the renewal of Customs brokerage licence as a leverage to implement the 51% Bumi-equity policy. The new Minister of Finance, Tengku Zafrul did not stop it, the PN cabinet did not stop it. By the answer provided by the MOF, the Government merely postponed its implementation till 2022.

As for PH Sarawak, we hold the consistent stand that such 51% Bumi-equity policy should not be implemented retrospectively to freight forwarding companies formed before 1990. Such policy is not good for the country and its economy and is most unfair and unconstitutional.