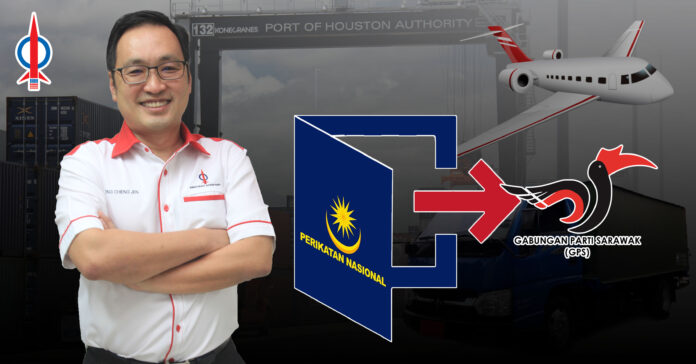 If Abang Jo and GPS truly subscribe to the notion of multiracial and fairness to all races, then GPS should pull out from the Perikatan Nasional Government on the issue of “51% Bumi-equity for all freight forwarding companies”.

The Minister of Finance has made it clear that by 2022, that is only less than one year’s time, all freight forwarding companies must have at least 51% Bumi-equity failing which the Customs will not issue the custom brokerage licences.

Such a policy amounts to day-light robbery, legitimising one particular race to free-ride on the property and hard-earned asset of other races. The Government was able to do so because the Government holds the power to issue the “customs brokerage licence”. By 2022, without a 51% Bumi-equity, a freight forwarding company will not be issued the “customs brokerage licence” and will have to close shop.

On the face, such a policy may seem to advantage one race over the other races. In actual fact, such policy only facilitates the rich, the elites and the politically connected Bumiputras to benefit from the forced sales of the non-Bumi’s shares in those freight forwarding companies.

Common low or middle -income Bumiputra will not be able to benefit from such policy. On the contrary, with such policy, the most likely outcome of which would be the creation of “alibaba” mode of trade in the freight forwarding services (in other words, another layer of extra charges and rent seeking). This will not only slow down the freight forwarding services but increase the costs of such service which ultimately will be translated into price of goods. The average Bumiputras will be the majority of the consumers paying extra for the increased costs.

So far, in the face of such unfairness and unconstitutionality of the policy, all the GPS top guns including the SUPP President have been keeping quiet over it. Their silence and continued support for the PN Government amount to endorsing the implementation of such policy.