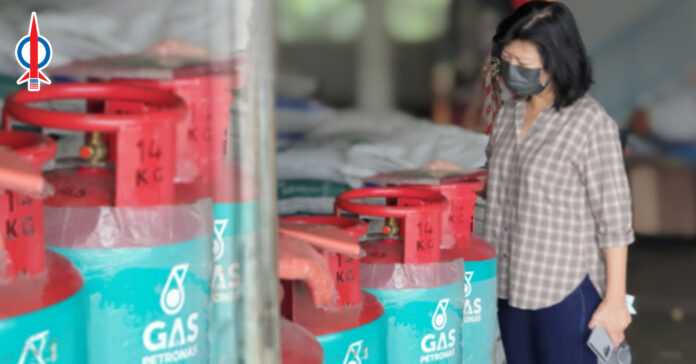 I have received complaints from some shop owners who operate their home-based business in the rural areas of Sibu and who have found themselves unable to renew their gas distribution licence known as the CSA licence. This CSA licence used to be issued by the federal Ministry of Domestic Trade and Consumer Affairs (KPDNHEP) under the Control of Supplies Act (CSA) 1961 to Liquified Petroleum Gas (LPG) distributors and retailers in Sarawak.

Apart from the CSA licence, these LPG retailers who operate from their homes in Sg Bidut and Sg Sadit also hold a shop licence which was issued by Sibu Rural District Council. These shop owners need to pay RM120 per year for the said shop licence and another RM10 for storage of petroleum in their premises.

For the past years, the shop owners have been using this shop licence to support and to renew their application for the CSA licence in order that their shops can legally engage in the retail sale of the gas cylinders. It has never been an issue for KPDNHEP to accept this shop licence to approve the CSA licence to these LPG retailers even though they don’t possess the RM25 trade licence as issued by the District Office.

However, since the state government took over the authority to sell and distribute gas in the middle of this year, I understand that these home-based shop owners are facing difficulties in renewing their CSA licence for the DGO licence. These applications, including the renewal applications have to be made to the state Ministry of Utilities. So far, their attempts to renew their CSA licence for the DGO licence have been rejected by the Ministry of Utilities on the ground they do not possess the RM25 trade licence.

Pursuant to these complaints, I have made some enquiries with the state ministry of Utilities and received confirmation that the RM25 trade licence is required and that they cannot accept the RM120 shop licence in place of the RM25 trade licence. This is in spite of the fact that all these years, their RM120 shop licences have been used and accepted by KPDNHEP to issue the CSA licence.

The State Minister of Utilities, Dato Sri Dr Stephen Rundi needs to look into and review this policy which ignores the fact that over the years, these people who operate their trading from their homes in Sg Bidut and Sg Sadit have never been issued the RM25 trade licence. Instead, over the years, they have been paying five times over for their shop licence from Sibu Rural District Council. Despite the big difference between the fees of the two licences, these people have always thought that their shop licence serves as an equivalent to the trade licence issued to the shop premises in town.

There is therefore no reason why the Ministry of Utilities should reject these people’s application to renew and change their CSA licence to DGO licence on the ground that they don’t have the RM25 trade licence when they have the RM120 shop licence.

I therefore call upon the Ministry of Utilities to urgently review this policy which if allowed to continue, would be making a mockery of what the Chief Minister had said when he announced that in taking over the authority to sell and distribute gas in the state, Sarawak can self-regulate the governance of our own downstream gas industry and can increase the ease of doing business among our own people. If this policy is not reviewed and changed, it would deprive those who operate their business based on the RM120 shop licence from being engaged in the retail sales of the gas cylinders. In other words, more difficulties would be imposed on them by the state government
rather than the federal government.

Grievances In CodeBlue Should Be Clarified