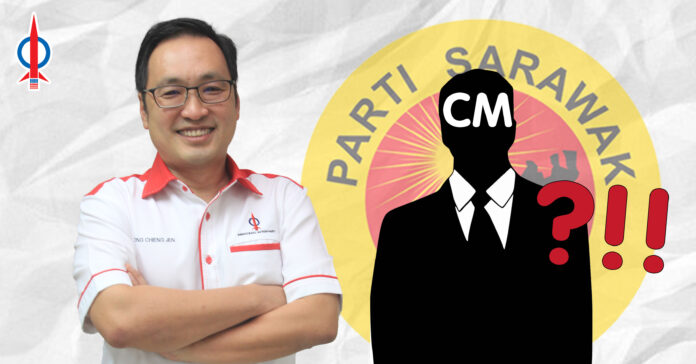 How can PSB be serious about forming government when it does not even have a Chief Minister designate going into the 12th Sarawak Elections?

If one were to compare the current situation of Sarawak with our national level where we managed to change the government in 2018, there are 2 important factors lacking in Sarawak for the Opposition to win this 2021 Elections to replace the GPS Government, namely:

1.Before the Pakatan Harapan won the elections in 2018, the Opposition had in 2 consecutive General Elections (2008 and 2013) managed to deny the Barisan Nasional of its 2/3rd majority in Parliament.

In the case of Sarawak, the Opposition merely won 10 out of 82 DUN seats in 2016.Even Wong Soon Koh won his seat of Bawang Assan under the BN ticket.

2.When the Pakatan Harapan went into the GE14, there was a clear Prime Minister designate. In Sarawak, till this day, PSB cannot even name a Chief Minister designate acceptable to its own party, what more to say the other opposition parties.

Furthermore, the coming Sarawak Elections will be carried out under a very restrictive election campaign SOPs which work against the Opposition while the Government can carry on with their campaigns under the guise of government programs.

Therefore, even if PSB were to be able to work with all opposition parties, it would still be an uphill battle to defeat GPS, what more when the PSB is going into the elections fighting both the GPS and the other opposition parties.

As a veteran politician, Wong Soon Koh should know this.

Yet, in the course of negotiation, when the PSB starts insisting to contest against DAP in seats like Kota Sentosa, Pujut, Meradong and Batu Kitang, PSB appears more like wanting to be a spoiler than winning the elections and form government.

As such, it calls into question the true agenda of PSB, whether it is genuine in wanting to bring about change in Sarawak or just wanting to win a few seats and then return to GPS to be part of the government.

As for DAP, we are a party fighting on principles and for good governance. We are also a realistic party. In this Sarawak elections, we are setting our goal at denying the GPS of its 2/3rd majority to provide a stronger check and balance in DUN and also paving the way for a change of government in the next elections.

As for PSB, with Wong Soon Koh’s statement, it is now clear that they only want to be the government. Given such sole intent, it is likely that once elected, if they do not have the number to form the government (which is almost a certainty), there is all likelihood of hopping, switching camp and joining the GPS. With such position, one seat given to PSB is as good as one seat conceded to GPS.

Could it be that PSB is in fact the Trojan horse planted by GPS?