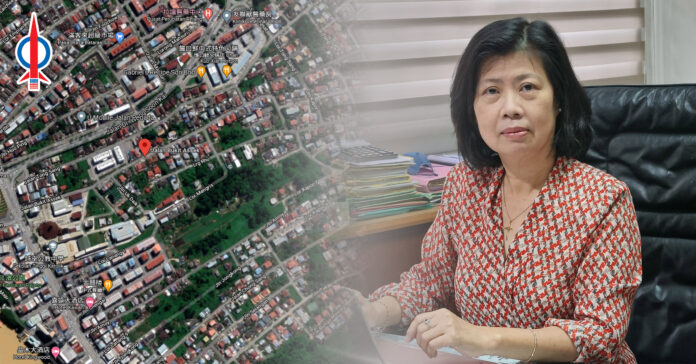 Joseph Chieng is currently one of the two SMC councillors in charge of Bukit Assek and is also the chairman of the SMC Building Control and Town Beautification Standing Committee. His position and scope of work is self-explanatory. With his existing position in SMC in all these years, he should already have the power and authority to push on the development and beautification of Bukit Assek and should already have the trust and cooperation of the Chief Minister to push on the project.

Hence, if the councillor really has the heart for the people of Bukit Assek, he should not dangle the development plan before the people like a carrot as it has always been the responsibility of the government of the day to develop every part of Sarawak, including all opposition areas. Indeed, if I were him, I would push the government of the day on the development plan because this is the right thing to do for the people.

Even as an opposition member, I have had gone as far as to acquire a viable development plan of Bukit Assek and to offer to the GPS government during a DUN sitting if they were interested to look at the plan, which they were not.

My main concern is the floods that occur consistently each year to the extent that it has become an annual event to the people living in Bukit Assek. My plans involve creating little canal towns which, if the project is successfully taken off, will enhance tourism in Sibu greatly and will potentially boost the economy.

So I urge Councillor Joseph Chieng not to mislead the people by saying that only if he becomes the people’s representative for Bukit Assek would the development plan be easier to proceed. If the government of the day and he, being a leader in the local government, really have the heart to help the people of Bukit Assek, the fact that the
area has an opposition elected representative would not and should not stop them from bringing the plan into fruition.

We, in DAP have never and would never hinder the plan if it is good for the people. Perhaps, councillor Joseph Chieng should first prove that he can effectively deliver as a councillor of Bukit Assek and the chairman of SMC Building control and town beautification before he seeks another platform to serve the people.