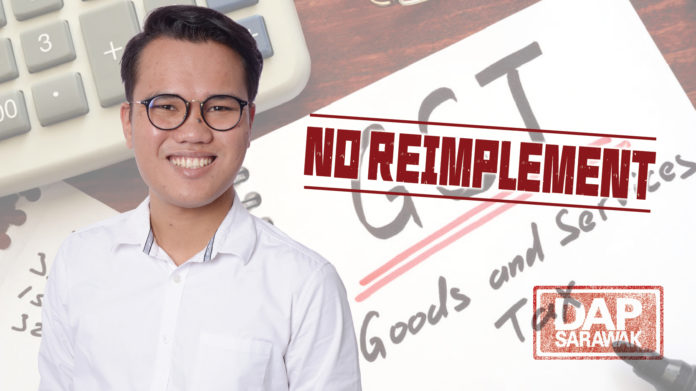 According to a press statement issued by PAS Sarawak II deputy commissioner in the Suara Sarawak, saying that Pakatan Harapan’s return on GST tax is completely untrue.

This is because the Prime Minister himself has informed in the Dewan Rakyat that the GST will not be reimplemented but will improve the current SST.

According to the Prime Minister, frequent changes in the tax system will result in the lack of confidence of foreign investors to invest in Malaysia, thus worsening the country’s economy. Sarawak PAS just wants to mislead the people and distort the facts and advised to read the news everyday to keep you updated.

He also urged the Sarawak state government to save more in the future. But does he notice that is we have a transparent and caring government, we would have saved more savings for the future. But it’s a different story in Sarawak, where leaders who own luxury homes and luxury cars after nearly 60 years in power and have even had political parties from GPS linked with 1MDB funds and have been asked to pay the compound and even have party account being frozen by MACC.

I cannot accept that why is PAS Sarawak who are fighting with the religion name and yet closed with parties who are corrupt and oppressed the people? Is Sarawak PAS really fighting for the people of Sarawak or just a ‘Sandiwara’ that they are willing to cooperate with the party that oppressing the people? To PAS Sarawak, don’t speak if you have nothing to say.