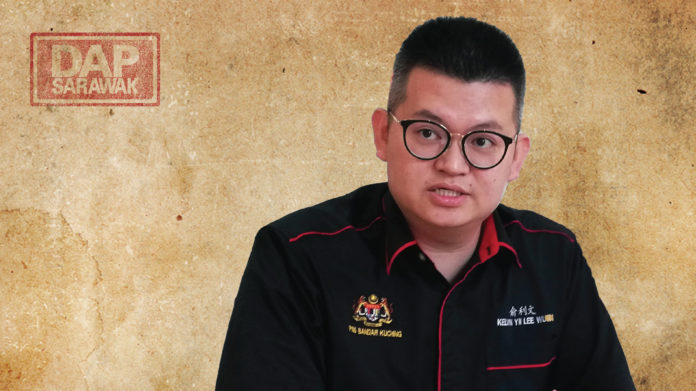 MP YB Nancy Shukri and other GPS leaders should stop misleading the people of Sarawak on the petrol subsidy scheme by somehow playing “victim” over the scheme when in actual fact, Sabahan and Sarawakians are to gain from the introduced scheme.

Yb Nancy and other GPS MPs were present in Parliament when the Minister of KPDNHEP clearly spelled out the details of the scheme and how targeted petrol subsidies will only be applicable in West Malaysia as Sabah and Sarawak will continue to enjoy a blanket subsidy and having RON 95 capped at RM2.08. However, they have somehow chosen to either remain ignorant, or try to mislead the people on the matter itself.

That means even if world oil prices increases, while in West Malaysia, the price of RON 95 will be floated to market price, here in Sabah and Sarawak, we will still enjoy a blanket subsidy of RM 2.08 per litre. Based on current pricing, and the RON 95 would have been priced at RM 2.49 litre, which means 41cents will be subsidised for Sabah and Sarawak.

Sarawak and Sabah will definitely benefit from maintaining the existing general subsidy system.

The Minister also clearly explained that if oil prices dropped below RM 2.08, they will float the oil price to market value and thus people can enjoy lower fuel price. In terms of Diesel subsidy, it will be announced by the Ministry on later date but we are pushing for same mechanism to be adopted.

This special consideration and preferential treatment is given to Sabah and Sarawak because of the the Pakatan Harapan govenrment’s recognition of the special position of Sabah n Sarawak in the federation and well as its contribution to the Federation.

During the time of BN, once the petrol price increase, the whole of Malaysia will increase. In comparison, before the 2018 elections, from January to March, the petrol price at averaged at about RM 2.29 before it was capped in April at RM 2.20 before the election. At that time, we all had to pay that same high price for both East and West Malaysia.

Even with 6 full Ministers in Cabinet including YB Nancy herself during the time of BN, East Malaysia was never given special consideration and did not enjoy lower petrol price compared to the rest of Malaysia.

Even with the financial limitations due to years of negligence and corruption of the previous administration, the Pakatan Harapan Federal Government still took the priority to recognise the special position of Sabah and Sarawak and gave special consideration so that we can continue to enjoy a blanket subsidy and lower petrol prices.

So instead of attempting to confuse and mislead the public on this issue, they should give credit to where credit is due especially if it benefits Sabah and Sarawak. Maybe they are reluctant to do so, as it may also be seen as an admission that they failed to do the same when they were in power.