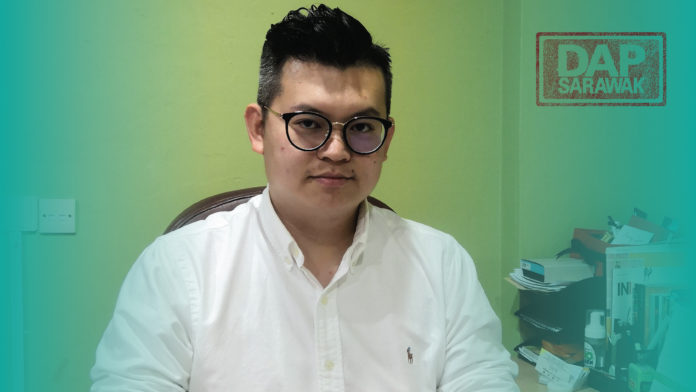 The findings of the PAC report on GST refund not only showed a clear breached of trust by the previous Barisan Nasional government on the handling of GST refunds, but also further prove how a shameless Najib intended to use future revenues to cover the hole left behind due to the misused of GST funds that was supposed to be refunded to the people.

While the opposition may try to zoom into their narrow interpretation of the word “dirompak” used by the Finance Minister, but all that is only smokescreen in an attempt to shift the attention away from the fact that a law was deliberately broken by the previous government in order to cover for their mismanagement and bad governance.

Section 54(2) of the GST Act 2014 states that ALL revenues MUST be placed into a Specific Trust Account first and only through section 54(5), the Finance Minister had the authority to transfer either all or a portion of the money into the Consolidated Account. It was proven through the findings that no such specific instructions was given by the then Finance Minister through official letters or even meetings, thus proving those provisions were contravene.

Fact of the matter is that the practice of the previous Government’s to deposit GST monies directly into the Consolidated Revenue Account first instead of the Specific Trust Account has breached fundamental trust law principles and trust accounting requirements. Based of the confirmation of the Attorney General himself in his report, such act by the previous government has contravened Section 7 of the F.P Act and Section 54 of the GST Act on top of radically departed from the intention of Parliament. This in fact may result in legal implications for the government as it could be a clear basis for a criminal breach of trust.

On top of that, Section 67(1)(a) clearly states that the refunds must be returned within the stipulated 14 days period. However, in many cases such requirements were not followed. In the testimony of the YBhg Tan Sri Dr MohdIrwanSerigar (5.1.4 Prosiding Bill 12/2018 on 23rd October 2018), he admitted that if the total revenue collected is insufficient to cover for the government’s expenses, the previous government would make a deliberate decision to delay certain refund payments in order to cover the shortfall.

That itself is a clear admission that the previous government through deliberate decisions, forcefully withheld back GST money that belongs to the people. This blows all the excuses of delays caused by disputed claims out of the water. While I am not discounting the fact that there were disputed claims, but by his admission, the main consideration for delays are not these disputed claims, but rather the ‘government’s cash flow’ . This itself, again contravenes the spirit of the Act itself and necessary trust accounting requirements.

This is an Act that was drafted, tabled and supported by all from previous government, but yet they deliberately failed to follow the provisions of their own law.

What is even more shocking, in the report( 5.1.3 Prosiding Bill 11/2018 on the 24th October 2018), a shameless Najib even admitted that the issue would have been resolved if the new government continued with the GST collection and not give the ‘tax-holiday’. This exposes his government’s intention that if it wasn’t for a change of government on 9th of May, they would have continued to break the GST provisions thus committing a crime to cover up for a crime while perpetuating the problem further in order to cover up for their mismanagement and bad governance.

So, the PAC findings clearly proves that the underlying fact is that a law was clearly broken and the BN government did dip their fingers into money that did not belong to them, regardless of the justifications made. With that I call for an urgent criminal investigation into this matter and for the relevant authorities to take the necessary action urgently.