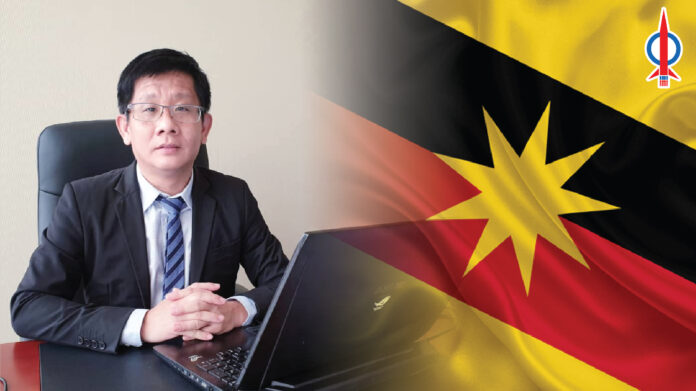 Every single Sarawakian has the right to know, on that matter, those who entrusted with power, to safeguard it, when it comes to the diminishing of our rights, our culture and our way of life. The Constitution of the State of Sarawak (Amendment) Bill, 2020 tabled by the GPS Government in recent DUN sitting will allow a West Malaysian or Sabahan to be elected as a Member of the Sarawak State Legislative Assembly so long as he has 2 years of permanent resident status. In no way we should let history to repeat itself, especially so with the amendments which will open the flood gate of exploitation to allow those that are not born in this land, or worse those with an extreme view to be assimilated into our Legislative Assembly and destroying what we have been holding on dearly ever since our forefathers time.

Ever since the PN government we have been witnessing GPS deafening silent on extremist view projected by their peers that the GPS helps put in power in the first place. Instilling religious bigots of PAS and

UMNO back in power, which has failed to demonstrate even the slightest remorse for their long years of misrule, for the billions that were lost to corruption, for clamping down on civil liberties and for undermining our national institutions. The proposed amendment by the GPS government literally opening up a potential ‘back door’ to West Malaysians to be a member in the Sarawak Legislative Assembly hence the power to govern us Sarawakians. An outright betrayal of Sarawakians’ rights.

SUPP once again, as expected, utterly silent on the matter. Perhaps this comes with no surprise as Chinese schools are now back to the “begging for allocation” era of the Barisan Nasional (BN) and SUPP don’t even seem to have the guts to voice out just like they were when they are under BN. Should DAP have not objected to the proposed amendment and GPS Government were to bulldoze through this Amendment Bill, history will record the GPS Government as the ones who allow non-Sarawakians to be members of the Sarawak Legislative Assembly. No explanation can cover up the GPS’ intention to let a west Malaysian to b eligible to be a Sarawak state assemblyperson (ADUN). Who does GPS has in mind?

The deferment of the Bill yesterday only means a temporary victory for us Sarawakians in defending the sanctity of the Sarawak State Legislative Assembly. However, the GPS Government is still minded to re-table the same for approval in the State Assembly another day, so long as the GPS remains the Government after the Sarawak State Elections.

It’s only right that only those eligible Sarawakians and those born in Sarawak can be given the right to stand and elected into the State Legislative Assembly. And we the people must and always defend it at all costs.