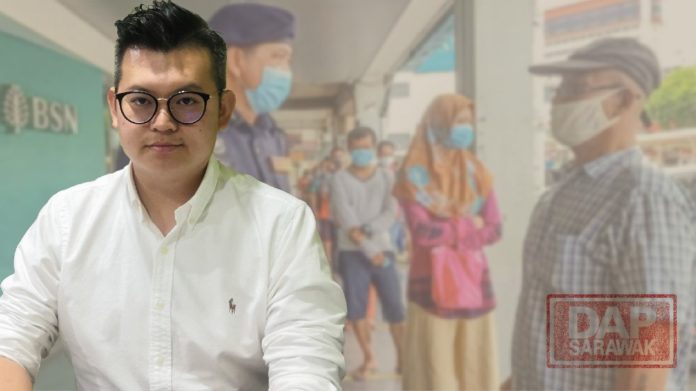 While the extension of the Movement Control Order (MCO) until 12th May 12 2020, is an expected and welcomed move to further help curb the spread of the virus especially in the red zones all our country, but it will have undeniable economic strain not just to the country but also the people especially those most vulnerable.

Recently, the Prime Minister was quoted that the country is losing up to RM 2.4 billion daily from businesses remaining shut due to movement restrictions imposed to contain the coronavirus pandemic. The effects are of course felt more and directly by the people. That is why I believe there are 2 main target groups that the government should focus upon and provide the necessary aid in view of this extension which are the B40 as well as what I call the “new poor”.

With the extension, more and more of the B40 who many do not have proper jobs or are daily paid have no opportunity to work and get an income to try put food on the table for themselves and their families. They have little to no savings to sustain the family through these tough times and have been relying from aid from the government, NGOs and even political parties to get through these few weeks.

For the B40, as for now, still many needy people haven’t received the needed food aid from the government, , and even for those that have received, it is unlikely the aid can last that long until next month due to the extension. That is why I urge the Federal and State Government to reconsider distributing a second batch of food aid to the needy especially in view that there is no guarantee that the MCO would not be further extended after May 12.

Another category or group of people which often get missed out is what I term the “New Poor”. Due to the far-reaching economic effects of the virus, more and more people have started to lose their livelihood and savings. Some are losing a huge chunk of their income or even their jobs.

Before this, they earn quite an adequate income thus it does not qualify them to be registered under the welfare database and welfare aid.

Examples include those self-employed working as electricians, plumbers, hairdressers, barbers, lorry drivers, hawkers, F&B owners, Grab Drivers, artist, photographers, music teachers, musicians, performers, small scale contractors, tour guides and many of those working in the tourism industry, or even people that lose employment during this period.

Many of them are also not covered under EIS or any social security plan such as EPF and be left vulnerable after the lost of income. While there are certain aids under BPN that they may qualify for, but it is highly insufficient to sustain them through this time.

By addressing their issue, it also gives us an opportunity to collect better data on such group of people especially those involved in the informal industry or gig economy, and then plan ahead for a better social security net for them all.

We must be aware that millions in Malaysia will lose their jobs in the months ahead. The Malaysian Institute of Economic Research (MIER) has predicted that Malaysia may suffer about 2.4million loss of jobs due to the impact of COVID-19.26 This is about 13-14% of the total workforce. On top of that, tens of thousands who works in Singapore, or even other parts of the world may lose their jobs and eventually return to Malaysia.

That is why the government must not turn a blind eye on these group of people and have a proper blueprint for the best “exit plan” as we try contain the spread of Covid-19, and also revive the economy and rebuild Malaysia. Until now, the government has not communicated with the public a proper policy and SOPs on how to conduct our lives and businesses, school or even child care industry when they eventually re-open.

Maybe as a start, the government should consider opening up business in phases in Green Zones to help the economy to pick up, and lessen the economic burden especially for SMEs and the B40 group by allowing them to carry out economic activities such as opening food stalls, farmers markets, car workshops and so on.

In Sarawak, we have 15 out of 31 of the districts in green, and in those area, the population is generally less dense (rural areas). Local business should be allowed to return to some normalcy in phases with proper precautions including rules on social distancing, personal hygiene and ban on public gatherings in these places. Border control and inter-district travel especially from the red zones should be heavily controlled to control the spread of the infection to these areas.