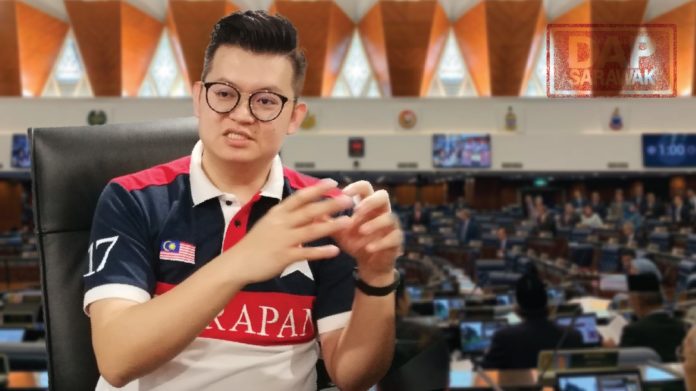 We received a letter today signed by Dewan Rakyat(Parliament) secretary Ridhuan Rahmat in which it states that in order to ensure the safety of all MPs attending the sitting, each of us will be required to go through testing for Covid-19 at least 2-3 days before the sitting. There will be screening test carried out in Parliament complex between 9am to 3pm on May 14th and 15th.

While i welcome all the necessary precautions that needs to be taken before the parliament session, but this will mean that extra resources may need to be used especially when many of us from East Malaysia will need to fly all the way to KL much earlier to do the testing all for only a single day sitting in Parliament which may not be very productive.

This Parliament session will open only with the Yang Di Pertuan Agong address, but after that there will not be any “Question and Answer time from Minister, in main chamber or even special chambers.

This will not allow us to keep the government in check and accountable especially in approach and measures to curb the spread of Covid-19 and also to cushion the economic impact especially among the poor.

There are many question i personally want to question the government, to keep them accountable especially on the handling of the pandemic in view of public interest and interest of people of Sarawak. These are just few examples.

(1)Question the handling of the pandemic in Sarawak especially in Kuching & Kota Samarahan, on why our mortality/death rate is relatively high (almost 3x national average) and recovery rate is slower than national average.

(3)What are the government plans to help students especially in the rural areas to not get left behind in their education especially in areas with little or no internet connectivity. Home-based learning is good but it has the risk to further widen the educational gap between the urban-rural and also rich-poor.

(5)What are the government plans on contracts and permanent posting for young Medical Docotrs, Pharmacist, Dentist and other Healthcare Workers. In this health crisis, we will need more man power and it is pertinent we need to show our appreciation to those who risk their lives and contribute to the healing of our nation.

For us East Malaysians, flight to KL is also very limited and costly. On top of that, if we are to take all the necessary precautions we will also need to be quarantined the moment we reach KL to do testing and also be transported to Parliament session then back to airport for our flight back. Once we reach Sarawak, based on the current SOP, we will need to be quarantined for a further 14 days.

While i will abide will any directive by Health Department as we will never compromise the safety of fellow Sarawakians, but this will compromise out efforts to serve our constituency during this tough time merely for a ceremonial single day parliament setting.

All this will be extra resources to the government especially during a tough economic season such as this. I strongly believe that the resources can be better spent and more creative ways can be done for Parliament sessions just like how it was done in countries such as UK, Japan, Australia where there utilised modern technology including video-conferencing to do parliament sitting.

Singapore event drafted a Bill and will be tabling it to make sure that parliament can continue to function without the need of in person attendance in Parliament.

With this, the current government should not be afraid to face parliament but instead extend the parliament sessions to at least 2 weeks or 10 days so that all these important questions can be asked and the government of the day can be keep in check especially during such an extraordinary time.

If not, it will not be a good use of the government’s precious resources for us to fly over if we cannot properly bring the voice of our people to Parliament.