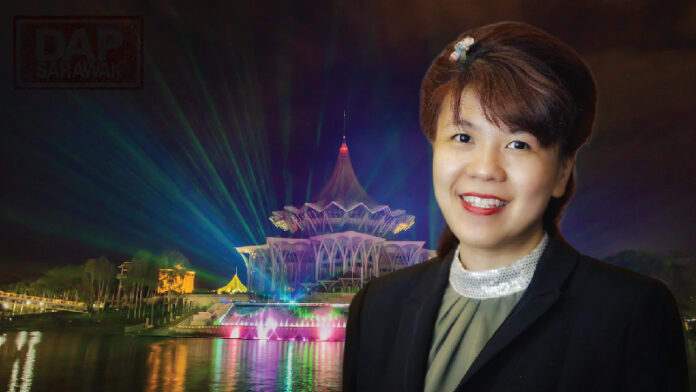 I wish to stress that instead of wasting time and resources to go after leaders from Democratic Action Party who do not have any shred of evidence in receiving gratification, the Malaysian Anti-Corruption Commission (MACC) should put in more serious effort in keeping the people updated about the status of investigation respecting the Sarawak State Government’s RM31. 89 Million Musical Fountain built in front of the Sarawak Assembly (DUN) Complex.

It is a well known fact that the infamous RM31. 89 Million Musical Fountain is tainted with questions of accountability and integrity, particularly the project was submitted, evaluated, approved and awarded within a short span of 36 days to a private company without any open tender. All the concerns and issues which I had voiced out many times concerning the project were vindicated in the second series of the Auditor General’s Report for 2018.

In December last year, I personally visited the headquarter of MACC office to hand over the evidences in order for the officers to conduct a thorough investigation on the musical fountain project.

However, with great disappointment, for the past 9 months, there was no progress report at all from MACC to keep the public informed about the subject matter.

If MACC can be so efficient in investigating and charging both YB Lim Guan Eng and his wife in court which many see it as political prosecutions, why can MACC extend the same efficiency in going after those who involved in this musical fountain project that handled through suspicious manner? It makes many to wonder if MACC has now become the minion or a tool used by the government to prosecute the selected few from the opposition.

I am greatly puzzled to see that with so many evidences in hand, MACC is still toothless and unable to act upon the suspicious musical fountain case by bringing someone to book. On the other hand, the MACC could easily prosecute both YB Lim Guan Eng and his wife even though there was no sign or evidence at all that money is sitting in their personal or firm’s bank accounts. Is this not considered as practicing selective prosecutions by MACC?

For this RM31. 89 Million Musical Fountain Project, MACC should waste no time in discharging their duties by quickly completing their investigative works and making sure those who had abused the power are being nailed down and received the necessary punishment under the law.