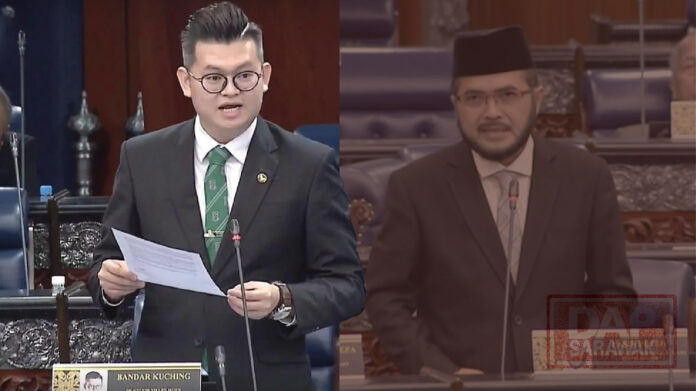 Last week, i have sent in a letter to the Speaker of the House pursuant to Standing Order 36(10)(c) to get a ruling on the statement made by YB Pasir Puteh(PAS) which crossed the line and can be deemed to “insult” the Christian faith.

I also raised the issue last week in Parliament itself for a ruling and i will continue to follow up with matter as it sets a bad precedent in the Honourable House where insensitive comments against other religions should not have been condoned.

I regret YB Pasir Puteh’s reply yesterday when he said that he won’t apologise and that Christians have no “right to be offended”.

It has shown little understanding & remorse over the sensitivity not just the Christian community, but all communities in a multiracial & multireligious society in Malaysia.

While i believe the Christian community will not react harshly nor get easily “offended” as they are secure in their faith and find no need to “defend” their God, but i believe a proper precedent has to be set in the House of Parliament where such remarks should not have been made.

Members of parliament should show the example to promote unity and not divide us.

That is why i will continue to pursue the matter, not because i am “offended” or “cannot forgive”, but we need to set the record straight that no one is above the law even in Parliament.