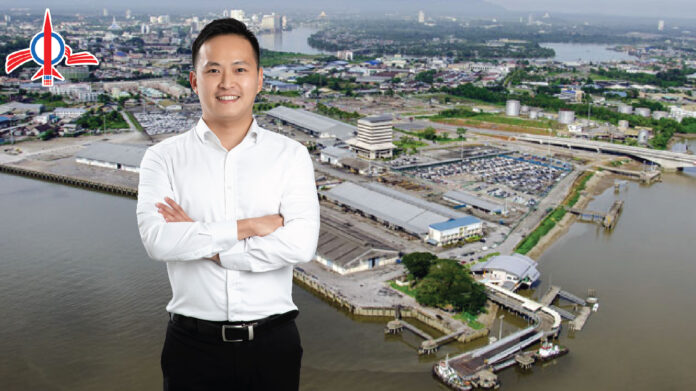 Yesterday, the SUPP’s Milton Foo who is also currently a board member of KPA, finally broke his silence after almost one month of silence since the breakdown of the computer system in KPA as early as late March 2021. Has Milton Foo been in some hideaway place for the past one whole month that he is totally oblivious of the whole debacle of the KPA computer system outage and the pain it caused to the hauliers and logistic industry?

Even more shocking than his one-month silence on the matter is his nonchalant comment that “KPA needs to draw a lesson from the entire incident” without offering any solution to the predicament that KPA has put the importers and exporters in.

As a Board member of KPA, Milton Foo is equally culpable and responsible for the failure and incompetence of KPA.

The KPA computer system outage has caused a severe delay in the container handling time of KPA. As a result, the shipping companies now started to charge the “Kuching Port Congestion” surcharge of RM300 per 20-footer container and RM600 per 40-footer container.

As the cause of the severe congestion was entirely attributable to KPA, Milton Foo, as a Board member of KPA, should have the decency to make KPA absorb the surcharge imposed by the shipping companies. After all, the cause of the delay is no one’s fault except KPA.

Moreover, the key services of KPA have long been privatised. The whole purpose of privatisation is to elevate the standards of the services rendered by the port and at the same time to stop any further outflow of money from the government. What is the point of such privatisation if the company that KPA has selected to privatise its service to cannot live up to the job?

Besides being a member of the Board of KPA, Milton Foo, as a trained lawyer, should be familiar with the principle of fairness. Justice would demand that KPA be wholly liable to reimburse these additional costs incurred unilaterally by the shipping companies.

Therefore, instead of issuing statements in the press as if he is not part of the problem, Milton Foo should instead leverage his position as a board member to seek fairness for those affected by the entire incident, i.e. to make KPA pay for the surcharge and stop beating around the bush and pushing responsibility around.