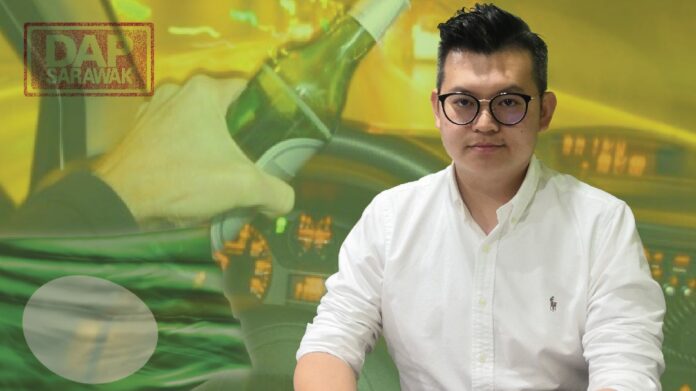 I am highly concerned by the statement made by the Minister of Housing and Local Government YB Zuraida Kamaruddin that the ministry did not rule out the cancellation or even freezing of license for the sale of alcohol due to the recent cases of car accidents due to drunk driving.

On top of that, another Cabinet Minister, the Federal Territories Minister Tan Sri Annuar Musa echoed the same call and said that the government should stop issuing new licenses to sell liquor until a guideline and legal revision can be done. Today a directive was issued by DBKL that all new applications for alcohol licensing will be freezed immediately.

This call has been consistent among the 2 biggest bloc in Perikatan Nasional (PN) as first proposed by PAS. Even UMNO Youth Chief Dr Asyraf Wajdi calling for the suspension of alcohol sales until laws are being amended.

While it is important to stress that the issue of drunk driving is an important issue that we need to seriously address and address holistically. The victims and families of heinous act should be taken care of and justice should be served to those involved, especially if it caused unnecessary harm and death. However, the issue is complex and real long-term solutions through a combination of proper education, incentives, social messaging, engagement and of course heavier punishments.

A mere ban or even suspension will not address the issue, but the solutions should take different holistic approach without infringing or taking away the rights of others especially in a plural and multicultural country like Malaysia.

Under PH, the government was ready to double the jail time for drunk drivers to 20 years, a minimum of 6 years, lover the blood alcohol concentration (BAC) rate from 80mg to 50mg, and even hanging the driving licence for those that caused death. Other than that, a comprehensive campaign to raise public awareness and education was planned to holistically address the issue.

Government statistics show that from 2011 to 2019, there were 47 drink-driving related road deaths in Malaysia. This is out of a total of 55,887 and there are many other more common causes, which the government also needs to seriously look into, especially on road safety in general.

The call by the Ministry of Housing and Local Government is concerning because it may run the risk of infringing into the rights of the State which in general has the jurisdiction of local council and business licensing. In Sarawak, we have the Local Government Regulation 1963 and the Local Authority Ordinance which give the state discretion and autonomy in the running of local government matters.

This was seen around November 2018, when the Ministry of Housing and Local Council also proposed the directive that all signboards with multilanguage will need to be replaced with a singular language and that such directive also covers Sabah and Sarawak. Even though it was proposed by the Pakatan Harapan Government then, I myself opposed it publicly and reminded the minister of the autonomy we in Sabah & Sarawak has under our Local Authority Ordinance. Since then such directive was not carried out here in the State.

So, we must be cautious that any federal directive must not infringe our rights especially if it disrupts our multicultural and secular nature especially here in Sarawak as enshrined under our Federal Constitution and protected under the Malaysia Agreement 1963.