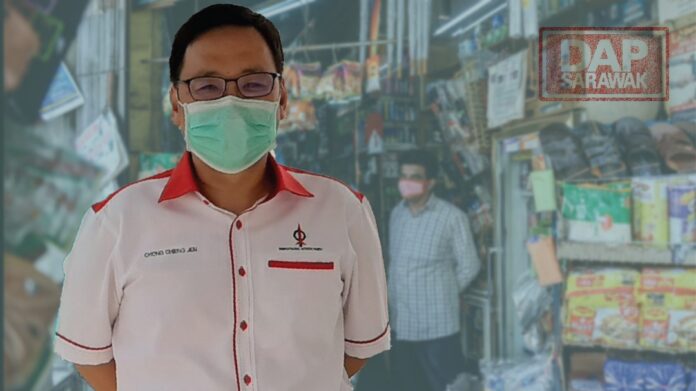 By giving a meagre RM12 million in year 2020 as assistance fund for SMEs in Sarawak at this time of covid-19 pandemic, the GPS government has totally neglected the SMEs in Sarawak. The 3 economic stimulus packages announced by the Sarawak Government did nothing to help alleviate the sufferings of Sarawak’s SMEs.

1.The first stimulus package announced on 23-3-2020 of RM1.15 billion. Out of thesaid sum, a RM20 million fund was set aside as loan to SMEs. These are loans with interest and not grant. The loans need to be repaid together with interest.

2.The second stimulus package announced on 10-4-2020 of RM1.1 billion. Out of the said sum, the RM1 billion fund is in fact loans to be given out to SMEs, not grants. Loans need to be repaid.

3.The third stimulus package announced on 8-5-2020 of RM300 million. Out of the said sum, nothing was provided for SMEs.

In short, for all the 3 stimulus packages announced by Abang Jo, there is only a total of RM1,020 million loans available for SMEs to apply but no grant except for the estimated RM12 million interest subsidy for the year 2020. Even for these loans, many SMEs in Sarawak were told by their bankers that there is still no fund to be disbursed at the moment.

SMEs are the key economic drivers of the state, making up over 75% of the Sarawak’s business sectors and provide employ about 600,000 employees. Despite the importance of SMEs to the economy and SMEs being hardest hit by the economic recession brought about by the covid-19 pandemic, the State Government has made no serious effort to help the SMEs in the State. The RM12 million fund for all SMEs in Sarawak is just a drop in the ocean.

The State Government must take heed of the forecast of the Malaysia Institute of Economic Research (MIER) in March that approximately 2.4 million workers in Malaysia will lose their jobs due to the present recession triggered by the covid-19 pandemic. Extrapolating that figure to Sarawak economy, it is estimated that approximately 200,000 workers will lose their jobs or have their pay reduced if the Government does not provide sufficient assistance to the SMEs.

DAP Sarawak reiterates our earlier call that the State Government should allocate to subsidize 50% of wages of all employees of those businesses in Sarawak adversely affected by the covid-19 pandemic. Do not wait till the SMEs in Sarawak start closing down or retrenching workers, then regret the non-action.