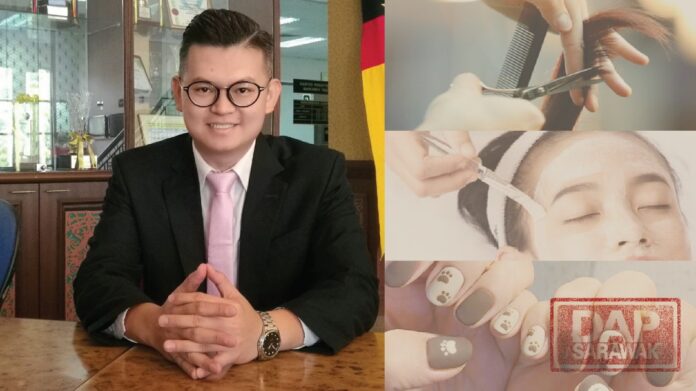 While i welcome the announcement by Senior Minister that SOPs for hairdressors barbers and even night markets or wholesale will be finalised this Saturday, but i question why does it take so long for them to finalise it when many hairdressors and barbers and even small traders are suffering without income for almost 3 months.

For hairdressors, at first the government first announced on the 12th April that they were allowed to operate starting from 15th April but due to public concerns, they made a “u-turn” and disallowed their services from opening.

So the question will be, since it was announced 2 months before this, shouldn’t a set SOP be already in place for that announcement to be made in the first place? Then why does it take so long now for the government to formulate another SOP and even the need to wait all the way to Saturday to finalise it?

This show little urgency for the government when the industry is suffering and many not been getting income for past months, even though they have bills to pay including their rental and salary for their assistants. Even if such SOP is meant for the opening on the 9th of June after the possible lifting of the CMCO, it is important the government make the necessary announcement early on finalised SOP to help those involved make the necessary preparations and adaptation to the required SOP.

With clearer and earlier communication, there will be better compliance by the industry.

Actually the Malaysian Hairdressing Association(MHA) has already released a comprehensive SOP recommendation since the 11th May that covers handling of clients, sterilisation of seats and even equipments, an many others.

So even with this, the slowness of the government to act upon it has badly affected the industry forcing some to do house calls and even open illegally even though it is not allowed. There were inconsistencies in enforcement, when certain VIPs engaging such services and even a social media posting showing a certain Minister engaging with such services for RM 1000.

But then we also get news of barbers of salons getting fined for operating during the CMCO. So the inconsistencies in enforcement is not fair to them who are struggling to make a living now.

SOPs for close contact essential services such used by dentist and even doctors can be a reference point on how they can proceed safely while offering the necessary services to the clients. This also includes beauty salons, facials, even manicure, and pedicure. While i acknowledge that these may not be essential services, but the government must act quickly to show them an “exit strategy” to help them get through this tough time.

So i urge the government to show some urgency to help those sectors that are yet to be opened including hawkers at pasar malam or wholesale market. The Federal and State Government should also extend their aid under their economic stimulus package to cover these sectors which has been badly affected by the MCO and even CMCO.