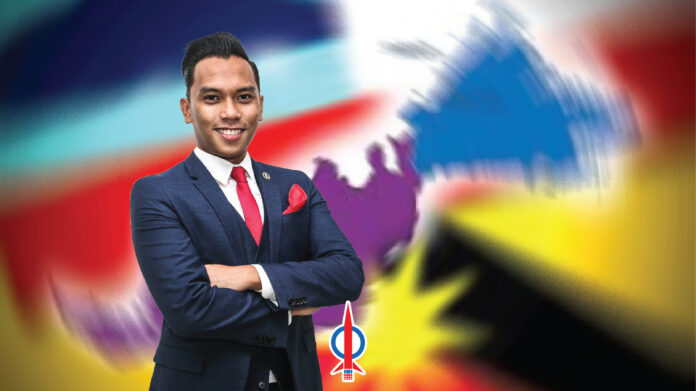 As part of the Commonwealth nation, Malaysia practices parliamentary democracy with constitutional monarchy which is based on the Westminster model. As such, our Parliament is divided into two chambers (bicameral) namely House of Representative (Dewan Rakyat) and Senate (Dewan Negara). In Dewan Rakyat, we have 222 Members of Parliament (MPs) which is elected every five years through electoral process. On the other hand, Dewan Negara consists of 70 Senators of whom 26 elected by the state legislative assemblies (Dewan Undangan Negeri) subjected to Article 45(a) of the Federal Constitution in accordance with Seventh Schedule while the other 44 shall be appointed by the King (Yang di-Pertuan Agong) as stipulated Article 45(aa) & (b) of the Federal Constitution.

To answer this question, we need to look back at what happened 3:40 pm on July 12th, 1976. The then Prime Minister Datuk Hussein bin Onn stood up to disarm the parliamentarians by characterising the first reading of the amendment to Article 1(2) of the Federal Constitution as merely ‘rearranging the names of the Federation’ (menyusun semula nama-nama negeri yang di dalam Persekutuan). However, at that particular of time, the bill was not only to amend Article 1(2) of the Federal Constitution but also other extensive amendment packages such as Article 3(3), 5(4) & (30), 12(2), 24(2), 25(1)(a) & (2), 32(2), 33(1), 34(2) & (6), 42(10), 48(1), 54(1) & (2), 65(2), 106(2), 111(2), PART XI, Eight Schedule, Ninth Schedule etc. No other country in this world had made such extensive amendment packages at one time. After Hussein finished his first reading, Lim Kit Siang (Kota Melaka) stood up to give his lengthy debate as to why the opposition particularly DAP opposed the amendment bill. He concluded that the bill constitute serious erosion of fundamental liberties of Malaysians and negates the Rule of Law by providing unjustifiable retrospective legislation.

The following day on July 13, 1976, the bill went for the second reading. At 3:45 pm, Datuk Patinggi Haji Abdul Rahman bin Haji Ya’kub (the then Chief Minister and MP for Payang) stood up to support the amendment bill tabled by the Prime Minister. However, in his speech, he didn’t elaborate much on the purpose of the amendment for Article 1(2) but in Para. 4, Para.8, and Para. 9, he referred Sarawak as ‘Negeri’ even before the amendment bill was passed.

At 5:15 pm, Datuk Stephen Yong Kuet Tze (MP for Padawan) stood up to support the amendment bill but none in his speech touches on the purpose of the amendment for Article 1(2). At 6:12 pm, Latip bin Haji Bris (MP for Mukah) stood up to support amendment bill without prejudice and throughout his speech, he only refers Sarawak as ‘Negeri’. At 6:46 pm, once again the Prime Minister stood up to do his winding-up speech for the second reading. When the bill went through the third and final reading, it was supported by 130 MPs and opposed by 9 MPs.

Surprisingly, not known to the history, those MPs who opposed the third and final reading of the bill was Lim Kit Siang (DAP-Kota Melaka), Dr Tan Chee Koon (Pekemas-Batu), Farn Seong Than (DAP-Sungai Besi) and Lee Lam They (DAP-Bukit Bintang).

What transpired in the Parliament Hansard dated on July 13th, 1976 shows that, despite knowing the fact that the constitutional amendment of Article 1(2) of the Federal Constitution will downgrade the status of Sabah and Sarawak as merely 12th and 13th states within the Federation of Malaysia, MPs from Sabah and Sarawak were the one who supported the amendment. It has been proven from the very beginning that DAP is the only political party (then and now) consistently defending the rights of Sabah and Sarawak.

Those MPs from Sarawak who supported the constitutional amendment bill were :

We have seen many times how Barisan Nasional (BN) Sarawak and their successors Gabungan Parti Sarawak (GPS) are continuously spreading their propaganda saying that “DAP is a Malayan party”, “DAP can’t protect the rights of Sarawakians”, “Only the local party can protect Sarawak” etc. However, one thing is for sure, BN/GPS can’t undo history. They might be able to spread their propaganda to the public by distorting the historical facts but will never dare to show to the public what has been transpired in the Parliament Hansards.