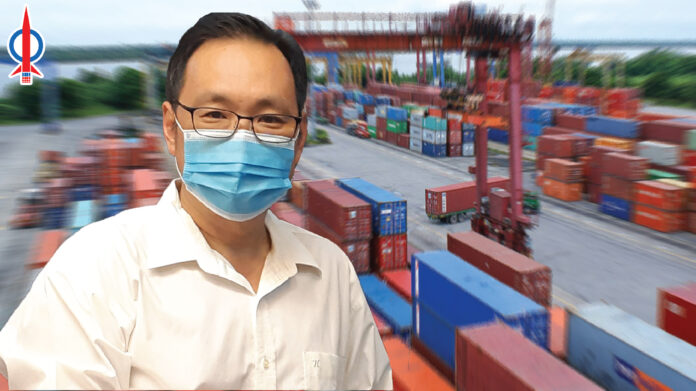 Kuching Port Authority’s Senari Port’s computer system has been out for about 2 weeks and the port’s container receiving and delivery has been processed manually for the same period of time.

The rate of retrievals of containers from the port is now down by more than 50%. In this era of technology where the Sarawak Chief Minister is talking about 5G and even 7G internet coverage for Sarawak, it is most unbelievable and unacceptable that the computer system for such an important service of a government agency can breakdown for such a long time and without any indication when the system will be restored for operation.

The breakdown of the computer system is not only affecting those in the haulage service, delays in the shipments of cargo, but also huge losses to the business sector in general. This is very embarrassing for Sarawak in the international shipping field.

The State Government should take this matter seriously by implementing immediate and prompt solution to the matter. Furthermore, the government must give a full report on the causation of this problem.

On a second note, the cargo delivery facilities in the Kuching port have always been plagued with problems and breakdowns over the years. This is despite the fact that the Government has privatised such service to a private company.

Before the GPS Government talks about Sarawak becoming a Developed State, there must be an “overhaul” in such basic facilities affecting the daily lives of the people and economy of the State. I call upon Abang Jo to be more realistic and down to earth on the management of the State affairs and but building castles in the air.