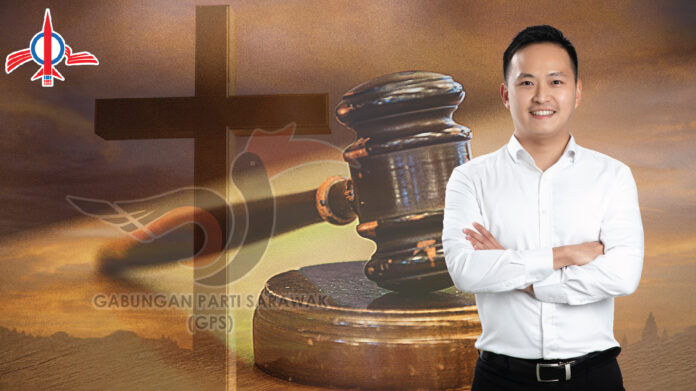 The landmark decision on the use of ‘Allah’ is much welcomed. As pointed out by Her Ladyship Nor Bee Ariffin, there is no evidence the use of ‘Allah’ by the indigenous Christian communities of Sabah and Sarawak has ever threatened public order. Malaysians are very smart and thoughtful. I believe soon all religions will also be practised in harmony notwithstanding the common use of ‘Allah’, just like how the people of Sarawak have been able to live religious harmony for centuries.

Dr Abdul Rahman Junaidi had also agreed to this racial harmony by saying that the use of ‘Allah’ by Christians is not an issue in Sarawak. However, GPS is reminded that we have many Sarawakians working in Peninsula Malaysia. As a political party being part of the Federal Government, GPS should not only look after the wellbeing of all Sarawakians but fellow Malaysians practising the Christian faith.

Therefore it is alarming that GPS’ partner in crime, PAS and Bersatu is seen publicly urging the PN government to appeal against the decision.

At the same time, this is telling of GPS (formerly BN Sarawak) and its policymaking. Over the past years, GPS has been part of the Federal Government and as such guilty of passing legislation that is illogical and/or detrimental to the people. One prime example is this prohibition of the use of ‘Allah’ by Christians (it was the BN Federal Government’s long-standing absolute ban in the 1986 circular on the use of the word ‘Allah’ in Christian publications in Malaysia).

On many occasions, we see GPS pushing the ball to the court to deliberate on its illogical and ridiculous stance/policy. This must be put to a stop! GPS must be held accountable especially on this issue which has been of grave concern to all Sarawakians for over 10 years. GPS cannot repeatedly feign its innocence and ride on the court rulings for its political mileage. Instead of being reactive to problems created by themselves, it is time GPS starts to be proactive and do things right from the get-go.