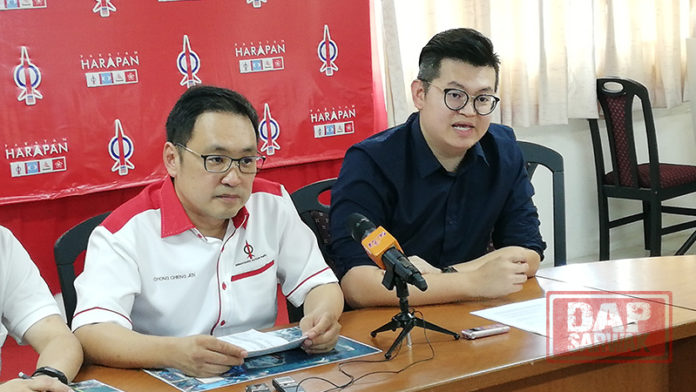 In the upcoming Parliament session, I will push for the decriminalization of attempted suicide and also the extension of insurance coverage for mental illness in an attempt to effectively address the growing concern of mental illnesses and even suicides in our country.

In Sarawak, we had 3 cases of suicide and 1 attempted suicide in the past month alone and this not only affect older people or people of a lower socioeconomic class, but also professionals and young people. In Sarawak, 2 of those cases involved youth and in the past 6 months around Malaysia, there are 3 such cases among professional Medical Doctors.

Based on the National Health and Morbidity Survey 2011, suicidal behavior is highest among individuals aged 16 to 24 and in that survey itself, it estimates that there could be up to 10 suicide death and 200 attempts daily in Malaysia alone, although many of those go unreported. The National Health and Morbidity Survey 2017 also shows, among individuals aged 13 to 17, suicidal behaviour is highest among Form 1 students.

That is why it is important to properly address this issue and maybe take a different approach on the issue including repealing the archaic suicide law.

Section 309 of the Penal Code weighs a punishment of up to one year in prison, with or without a fine, on individuals who survive suicide. In March 2017, a 24-year old lady was charged in court a few days after she attempted to end her life. She was sentenced to a fine of RM2000 or 3 months of jail. The irony is this very same group of people are at increased risk of future suicide and therefore need the most help, and putting them in jail may increase that risk itself.

There is no evidence that criminalizing suicide acts as a deterrent and beyond that, it can actually have a very negative effect, further marginalizing people from trying to access very much needed help from mental health services. Decriminalization of suicide is also a step in making it okay to safely talk about suicide and mental health.

On top of that, Insurance companies should also extend their coverage on mental illnesses in their health insurance policies to provide greater access to mental health services even in private hospitals as well as help de-stigmatize people of mental health issues.

The insurance companies have to get on board. In January 2019, AIA Singapore actually launched their first package of coverage for mental illnesses, known as Critical Care covers 5 different groups of disorder, which is Major Depressive Disorder(MDD), schizophrenia, Bipolar Disorder, Obsessive Compulsive Disorder(OCD) and Tourette syndrome (TS). It shows that despite all the concerns that the insurance companies have, it is actually possible and feasible to put forth a plan for mental health coverage.

To further push for this policy, together with few MPs, we will be forming a Mental Health Caucus in Parliament to further promote such conversations beyond just our debate speech but also proper engagement with the relevant stakeholders including the Ministry of Health, Bank Negara, Insurance companies and others. This caucus is open to MPs and even ADUN from both the political divide as we better engage the different stakeholders and push for such policy changes.

This includes pushing for the revitalization and reform of the Malaysian Suicide Registry that has been defunct since 2009 and also the Malaysian Suicide Prevention and Strategic Action Plan that was defunct since 2017. This are important to provide proper data on identifying mental health needs in the country and ideas on aspects such as risk factors for risk assessment.

We all have a collective responsibility to foster wellness and to look out for one another in order to address this important issue.