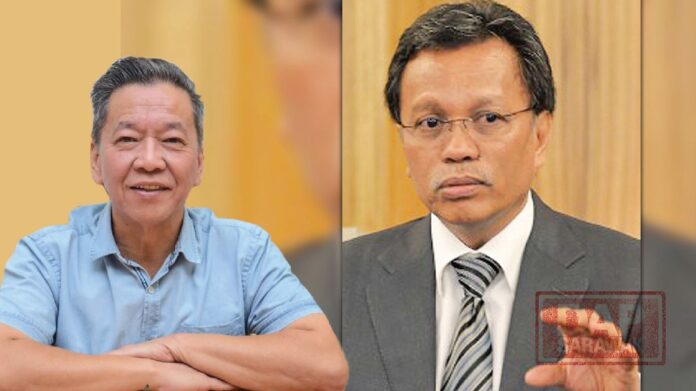 James Masing logic is always questionable after so many blunders he made throughout his career.

The most memorable one was when he told a disabled man Frusis Lebi ‘jangan lawan tauke’, which he described politicians being the boss and the rakyat should not challenge the politicians like himself.

He definitely doesn’t have the vision to see that Sarawakians or Sabahans are equal to our counterparts in West Malaysia although he quoted MA63 regularly.

From his statement saying that it’s the joke of the century when asked about Shafie Apdal being proposed as the new PM definitely shows James Masing believes East Malaysians are second class citizens and are not good enough for the job.

“The proposal to administer Malaysia must be done beyond mere dreaming,” Masing, who is also the Parti Rakyat Sarawak (PRS) president, said in a text message to the New Straits Times.

With such a Deputy CM, the GPS will never fight for our equal rights and would continue to be just a sidekick for West Malaysia.

We called on the CM Abang Jo and the GPS to support Shafie Apdal as PM and change the course of history for this nation.

When one East Malaysian becomes the PM, the rights of Sabah and Sarawak can be protected and all the wrongs over the decades be slowly corrected.

This is Big and will restore the rights of Sabah and Sarawak as per our MA63 once and for all.

I want to remind our CM and the GPS that to forgo this opportunity is tantamount to forgoing the rights of Sarawak and Sarawakians in MA63 and may forever rob us of the opportunity to right what was wronged.