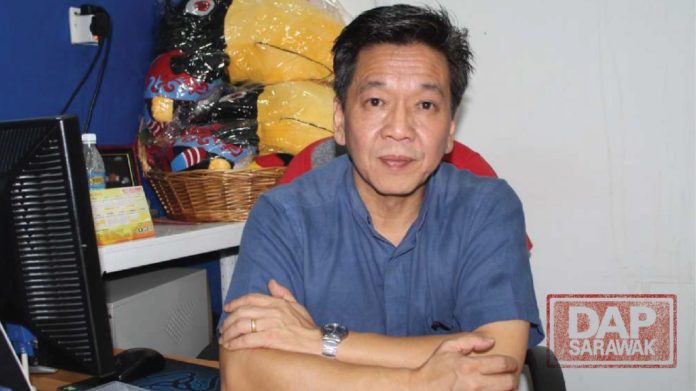 DAP Sarawak urge the state GPS government to waive the assessment fees for all the landed properties in Sarawak to help the people and businesses to tide over the impact of the corona virus and the aftermath of the MCO.

Most of the businesses have suffered immensely with zero incomes during this MCO and most of the sectors of the economy will take at least 6 month to recover after the end of MCO and may be even longer if the pandemic is not being stopped worldwide.

The next few months is a “do or die” situation for many businesses and the state government must not rest until the whole economy has stabilized.

This covid-19 pandemic will have a severe impact on the global economic and Malaysia and Sarawak businesses are not spared and many businesses are preparing for the worst and the initial estimate by the Association of the SMEs in Malaysia reveals that around 30% of the SMEs would collapse if there is no aid from the government.

Layoffs or termination of employment would follow and some 2.5 million employees might lose their jobs affecting 8-10 million of Malaysian. When and if that happens then the whole society would be affected with many families going hungry and social upheaval will follow.

On April 27, 2016, the late Pehin Sri Adenan, then chief minister, announced that the Sarawak government had reduced the residential property assessment rate to help the people cope with the rising cost of living. Sarawakians shown their support to his leadership in the 2016 Sarawak state election shows how smart is the late Tok Nan.

Now is the time for Sarawak government to act, to show how they care, and help all our Sarawakians by waiving the assessment fees of all landed properties, including residential, industrial and commercial, so that businesses will survive and jobs could be saved.

Like a wave or a sine curve, the economy is going downhill and the end is not in sight and thus it is time for the state government to come out with the 3 rd package of economy stimulus.

The Singapore government has announced the third economic stimulus package worth S$5.1 billion to soften the coronavirus impact, together with the previous two packages, it has set aside S$59.9 billion, or 12% of the country’s gross domestic product. It shows the severity of the impact of the corona virus and shows how a government should react to help the people and save its economy.

Of course, the waiver of all the assessment fee of all the properties in Sarawak would put a dent on the state coffer but we have sufficient state reserve to absorb this impact. This is not just ordinary time of poor economy, this is the life or death situations for many.

The Sarawak state legislative assembly will sit on the 11 th May 2020 and the state government should table a supplementary supply bill including this proposal to waive the assessment fees for all kinds of properties in Sarawak.