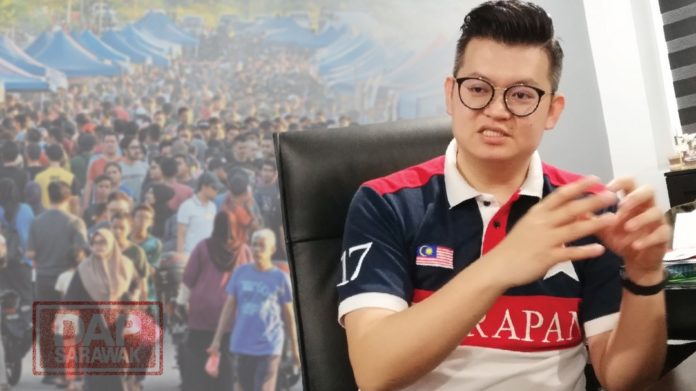 The Federal Government and the State Government to take heed of the Director General Datuk Dr Noor Hisham’s advice not to hastily relax the restriction under the Movement Control Order(MCO) prematurely, even if it is to accommodate the upcoming Ramadan, Raya and even Gawai celebrations in the State, especially in the red zone areas of Kuching and Kota Samarahan.

Yesterday the Sarawak Disaster Management Committee (SDMC) made an announcement and permitted Sarawakians to sell food for takeaway from their house compound during the Ramadan month from 3pm to 10pm among others.

While I understand the economic consideration for this decision especially in view of the Ramadan celebration, but I believe that such decision was made hastily without proper consideration of the risk involve as it has the possibility to derail the good and hard work done for those that has complied with the MCO order for the past weeks.

I have received multiple feedback even among my Muslims friends that they disagreed with the decision as they informed me that they can get what they need for “buka puasa” or even “sahur” much earlier than that and do not need to stretch the opening to 10pm.

This decision also effectively open people’s home to outsiders which may be carriers of the virus without knowing it especially for asymptomatic patients. This may also encourage lingering outside or unnecessary travels late at night even though we are still not out of the woods yet. Currently the cases especially in Kuching is still high and our death rate and other statistics are still worrying.

Proper enforcement to ensure compliance will also be difficult as how do we expect them to monitor every residential neighbourhood to make sure compliance is being made? On top of that, we are now expecting the enforcement officials to extend their services for an additional 3 hours daily even when they are already stretch as it is.

I strongly believe, only until we effectively curb the spread of this virus, including intensifying efforts to identify and test the reported 2000+ close contact to the 3 main clusters in Kuching, and also to increase our testing capabilities to properly to better reflect the true rate of community infections, only then we can consider a “exit strategy” or plan to relax the restrictions under the MCO.

This will help minimize the risk of a secondary waze of infections that is currently overwhelming Singapore and even Japan. Hokkaido was once seen as something of a success story – a region that worked to contain, trace and isolate the virus – leading to a huge drop in numbers. But Hokkaido is in the spotlight again as it struggles to deal with a second wave of infections.

That is why I urge the State Government to reconsider this directive. I believe, without extensive testing mechanism in place, the availability of effective antiviral treatment and vaccine, meticulous planning of strategy against another possible spike after reopening of economy, it is premature to call for relaxation or an end to MCO especially in the red areas all around our country.