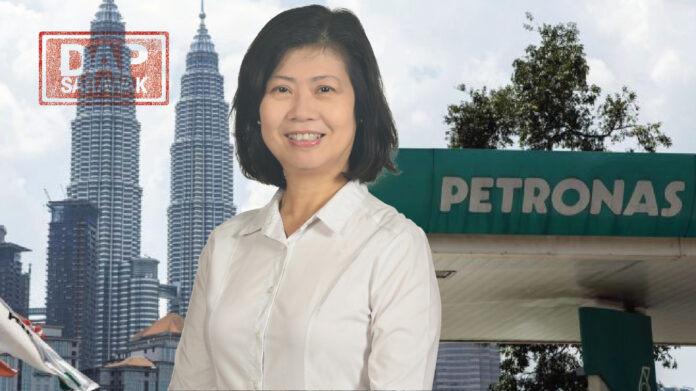 Why is the Sarawak Government only expecting a payment of RM2 billion in the State Sales Tax from Petronas after Petronas has withdrawn their appeal? During the last Consultative Committee meeting held on 10 th June 2020, the committee had agreed that all State Sales tax should be paid in full with no deduction or reduction whatsoever. At that time of meeting in June, RM2.878 billion sales tax was already due and payable. And the committee had agreed that the RM2 billion mentioned earlier in time in the joint press statement on 8 th May 2020 between Sarawak Government and Petronas was not acceptable as full payment of the sum due and payable by Petronas. With the expectation of only RM2billion settlement, is the State Government blatantly ignoring the decisions made by the Consultative Committee, including other decisions made during the meeting, namely, no reduction of SST in the future and the recognition of Petronas rights and ownership over the oil and gas found in Sarawak?

The people of Sarawak should therefore be not appeased by a broad general statement that both Petronas and the State government have withdrawn their appeal and cross appeal. While it is good that a settlement can be reached, it is imperative that it should not be made at the expense of the people losing our rights and positions over our gas and oil and other resources. The State Government owes a moral duty to the Sarawakians to disclose in full details, the terms of settlement in order that the people may be assured that history would not repeat itself when their rights over their oil and gas were compromised through the Continental Shelf Act 1966, the Petroleum Development Act 1974 and the Territorial Sea Act 2012.

In the meantime, I shall, as a member of the Consultative Committee write to the Chairman of the Committee to enquire on the detailed terms of settlement. I shall also request to know if the negotiating team formed by the Committee on 10th June 2020 were involved in the discussion of the said terms and also in the negotiation of the commercial deals between Petronas and the State Government. The State Government owes a duty of transparency and accountability to the people of Sarawak.