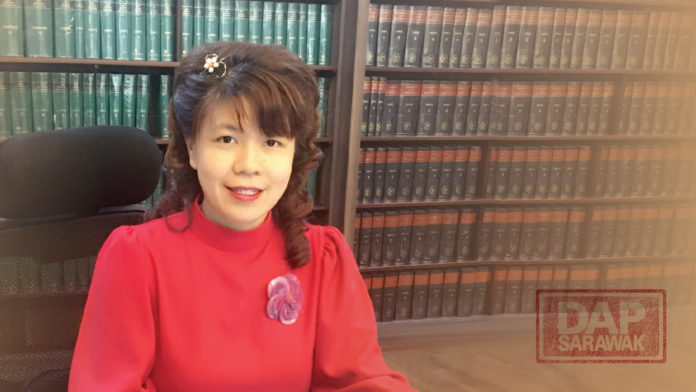 DAP’s Pending Assemblywoman YB Violet Yong urged the Sarawak GPS government to deliver their promise and honour the agreement reached with the Federal Government by repaying RM350 million being the first instalment of the federal load repayment debt without further delay so to able the Federal government to forthwith channel the said sum to Sarawak state government as allocation to repair the dilapidated schools in the state.

She reminded the Sarawak state government that the longer it takes to repay the first phase of the loan debt owed to the Federal government, which amounts to RM350 million, it shall be seen as tantamount to further delay the commencement of repair project of the dilapidated schools in Sarawak.

To address the issue on the dilapidated schools in Sarawak, the Pakatan Harapan Federal Government had though the 2019 National Budget approved RM100 Million to the Ministry of Education for that intent. In other words, this sum of RM350 million is in addition to the budgeted allocation of RM100 Million.

The agreed mechanisms between Sarawak State Government and Federal Government of this additional RM1 Billion are:-

She stressed that, it is the Sarawak state government that is politicising and has been hyping up the issue on Sarawak dilapidated schools issue and not giving their full cooperation to solve it.

“These issue on dilapidated schools has long existed since the previous BN governance, and in the past, they are not keen in solving the issue which resulted in so many dilapidated schools we have today.” Therefore, YB Violet Yong hopes that the Sarawak GPS government could stop putting the blame on Federal Government Finance Minister YB Lim Guan Eng for their own previous mistakes and fault.