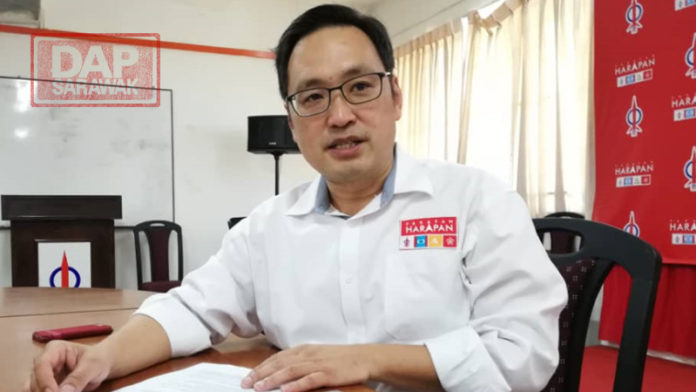 Is the GPS State Government having cash flow problem that it could not make the prompt repayment of RM350 million debt to the Federal Government to facilitate the allocation for the repair of dilapidated schools in Sarawak?

1.       For a start, it is the gross negligence and failure of duty of 56 years on the part of the GPS (previously Sarawak BN) that Sarawak today has more than 1000 dilapidated schools.

2.       It is only after the PH took over the Federal Government last year that the GPS started making intense demand for a quick solution to the problem, demanding the PH Government to resolve the 56-year old problem within 1 or 2 years.

6.       Despite such unprecedented and unreasonable condition of repayment, the Federal Government obliged, in the interest of the Sarawak students in these dilapidated schools.

PH Sarawak urges the GPS to expedite the repayment of the said RM350 million debt so that our rural schools can get the allocation without any undue delay.  This is an opportunity for the GPS to atone its sin of the past 56 years.

Otherwise, if GPS is finding it difficult to come up with the money, then there is truth in what Lim Guan Eng has said a month ago about the possibility of Sarawak becoming bankrupt it GPS Government continues with the way it spends the State’s money.