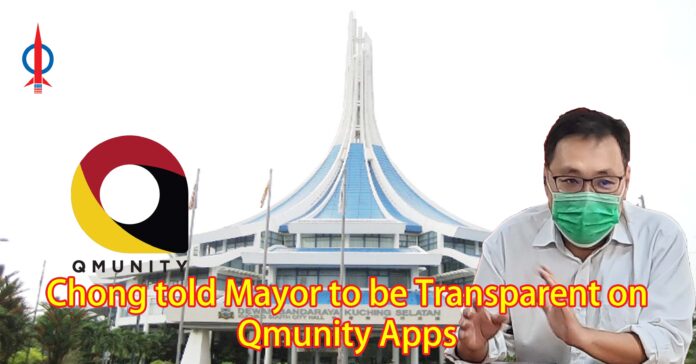 The Mayor of MBKS should stop making baseless accusations against me and skirting the issue on Qmunity Apps implemented by MBKS and the State Government.

The pertinent questions about the Qmunity Apps that every right-minded Sarawakian is concerned of are:

There is nothing about “insulting, humiliating” in these questions. On the contrary, these questions concern accountability and transparency about the Government spending the people’s money and also the data security of the people of Sarawak.

5 days have passed since I posed these questions to the State Government. Instead of the State
Government replying and clarifying on the questions raised, the Mayor of MBKS, Wee Hong Seng,
jumped out to make his baseless accusations against me alleging that my questions posed to the
Sarawak Government is insulting and humiliating.

This is one of the most ridiculous claims made by the GPS politicians so far. Not only did the Mayor
not address the issue at hand, but he went totally off tangent to launch a personal attack on me.

Therefore, I urge the Mayor to be more focus, mature and responsible to the public on the spending of
public fund rather than playing his political stunt. The Qmunity Apps issue concerns the management
of public fund and security of personal data.