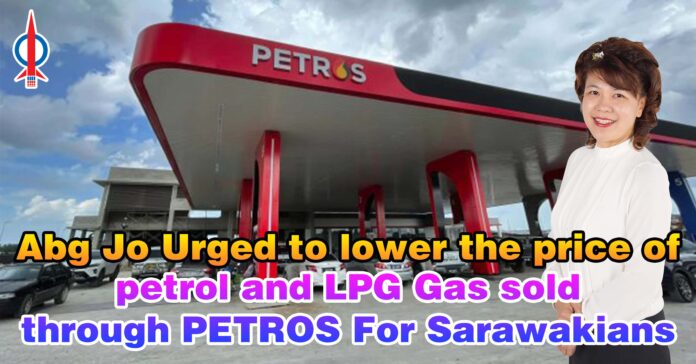 Given that Sarawak has full control in regulating the oil and gas resources in Sarawak under the Oil Mining Ordinance 1958, I call on the Sarawak Premier Datuk Patinggi Tan Sri Abang Johari Tun Openg to lower the price of Petrol, Diesel and liquified petroleum gas (LPG) cylinders sold through PETROS to benefit Sarawakians.

In fact, under the Price Control and Anti-Profiteering Act 2001, the price control scheme only prohibits all controlled items declared thereunder to be raised and sold above the ceiling price set by the government to consumers. In other words, it does not stop the controlled items which include RON95 petrol and LPG cylinders to be sold at any price lower than the government fixed ceiling price. In this circumstance, the Sarawak Government has the right to lower the price of RON95 and LPG to benefit Sarawakians. It is not true to say that PETROS cannot sell petroleum products at a cheaper price.

Besides, Competition Act 2010 does not have control over any commercial activities under the Petroleum Development Act 1974. That means, there is no restrictions whatsoever under this piece of law for Sarawak Government to ask PETROS to sell their petroleum products which include RON95, RON97, Diesel and LPG cylinders at cheaper prices.

The Sarawak GPS Government has always announced proudly that the oil and gas resources found in Sarawak belong to Sarawak. As such, I see no reason for Sarawak Government not to offer better deals for Sarawakians’ enjoyment.

It makes me wonder as to whether Sarawak Government has actual rights and control over the oil and gas resources in the state when our Sarawak Premier tried to justify his restrictions in lowering the fuel price for Sarawakians using the federal laws.

“Particularly, on one hand, we see Sarawak Government claimed that they have full control over the oil and gas resources in Sarawak but on the other hand, the Sarawak Premier tried to use federal laws as an excuse not to lower the price of petroleum products.”

It deviates the purpose of the Sarawak Government in setting up PETROS when it does not allow resource sharing among Sarawakians. At the moment, there is no price difference if one were to purchase the petroleum products from either PETROS, PETRONAS or SHELL.

As a matter of fact, the decision lies with the Sarawak Government on whether to offer cheaper petroleum products price to Sarawakians for their usage.