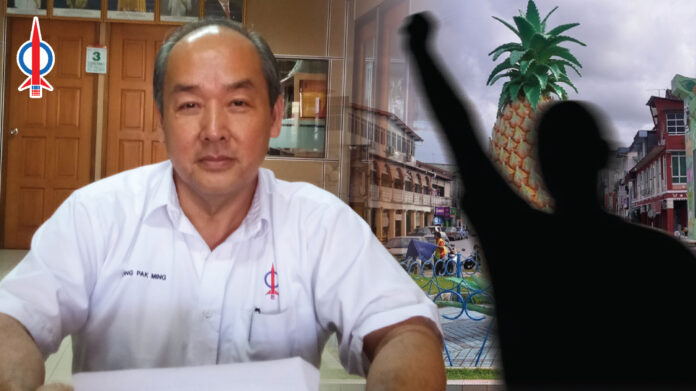 Mr. Wong Pak Ming ,vice-chairman of DAP, Sarikei Branch criticized a ADUN is not fair in recommendation of appointment of “Ketua Kaum”（Kapitan）in Sarikei and is suspected abuse the power。

He said that appointment of “Ketua Kaum ” was done last year and the year before.

In one way, the Kapitan is very strange to the environmental in that area. For another way, the residents there are strange to Kapitan or even do not know the Kapitan at all. The Kapitan cannot sign any documents without the knowledge of that person.

One of residents in Kim San Road said, “I donnot who is our Kapitan？ Where does he stay ？
Where to look for him？ There is no head and tail.”

Mr. Wong Pak Ming said, it is only fair that a local person to be appointed to deal with any matter easily in that area.