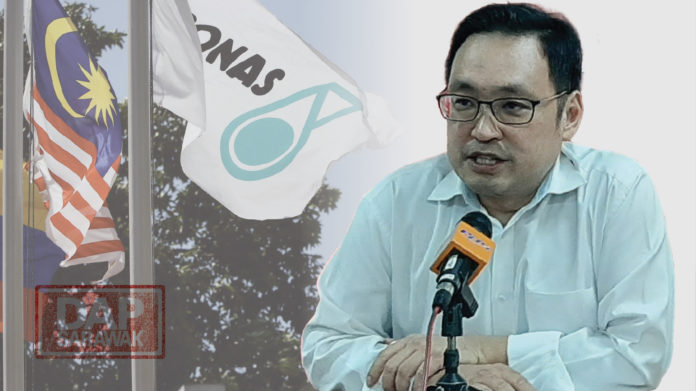 Abdul Karim is childish and foolish to claim that to purchase a stake in Petronas is an “insult to the people of Sarawak”.

If Abdul Karim’s argument were correct, then what about the Sarawak Government’s purchase of stakes in the 3 LNG companies and 1 Petronas LNG company all situated in Bintulu extracting and selling LNG extracted from the water of Sarawak?

If Abdul Karim’s “insult” logic does stand, then by purchasing the shares in the above LNG companies, the GPS Government has repeatedly “insulted” the people of Sarawak.

In all the 4 companies, the Sarawak Government has no controlling stake. Is Abdul Karim also accusing that Abang Jo and the late Adenan Satem have “insulted the people of Sarawak” for they have also purchased stakes in the LNG companies in Bintulu?

For the information of Abdul Karim, in case he is not aware, his boss, Abang Jo, has in the MA63 Steering Committee agreed in principle to purchase a stake in Petronas.

Also, before Abang Jo, the late Adenan Satem has also advocated for the need for Sarawak Government to take up a stake in Petronas. But then the BN Federal Government refused to share the wealth.