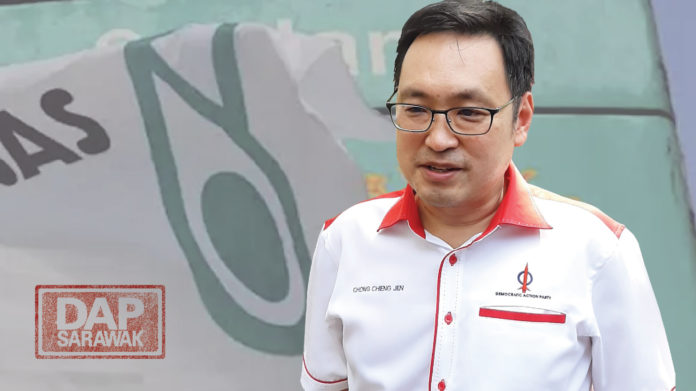 The Gabungan Parti Sarawak (GPS) leaders should not try to play politics when it comes to such serious matter on the proposed equity participation in Petronas.

Therefore, it is incongruous of some of the GPS leaders to now turn around to claim ignorance about the offer.

In April, 2018, the Sarawak State Financial Secretary (SFS) announced that the State Government acquired another 15% equity share in Malaysia LNG Tiga Sdn Bhd, increasing the State’s equity participation in the company to 25%.
(https://www.thestar.com.my/business/business-news/2018/04/13/sarawak-govt-ups-stake-in–malaysia-lng-tiga-to-25pct)

In the same announcement, the SFS also mentioned that since its first production in 1983 till 2017, Sarawak Government has received a total amount of RM20 billion in dividend from its investment in the 3 MLNG companies. That was hundreds of million Ringgit in dividend return annually.

That is also why, when the notion of Sarawak Government acquiring an equity share in Petronas was suggested in the MA63 Steering Committee meeting, no one objected (including Abang Jo) and all agreed that the detailed discussion of the matter be referred to the separate meeting between the Prime Minister and the 2 Chief Ministers of Sabah and Sarawak.

It is thus obvious that the GPS leaders are merely playing politics in claiming ignorance of the matter and objecting to the offer. My sincere appeal to them is that, whatever politics they want to play, do not put the future and interest of Sarawak in jeopardy by missing out in the opportunity to have an equity share in Petronas, which was also the wish of the late Adenan Satem.