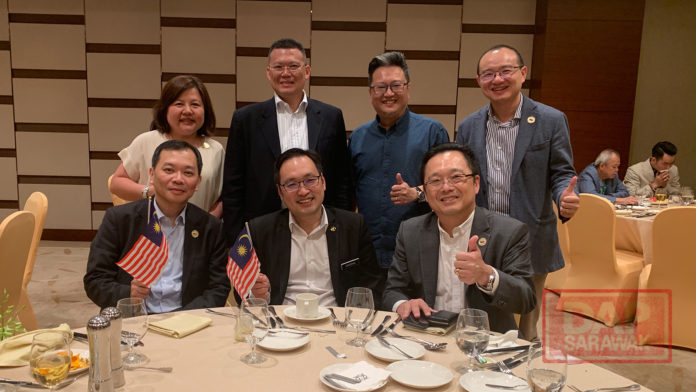 Meanwhile, he managed to spend a quality night with the Malaysian Community in Shanghai and highlighted on the few main point of new reform policy of Malaysia Baharu to ensure that Malaysians who reside in Shanghai is well informed on what the PH government is currently working on in order to rebuild the nation that we love.

He also highlighted on the importance of the government being financially prudent and transparent so that the public fund can be utilized at its highest value to benefit the rakyat as a whole.

The PH government treasure the good relationship between Malaysia and China and encourages trade between the 2 countries. Nevertheless, such cooperation must be based on mutually beneficial arrangement and not on lop-sided businesses arrangement. That’s why the PH government re-negotiated the few mega projects undertaken by the China companies when we took over Putrajaya last year. This resulted in tens of billions of savings for the country.

He also highlighted that Malaysia – China relationship need to be maintained in a good manner to attract more potential investment to Malaysia. He also urged them to uplift unity to make Malaysia a world class nation once again to shine as “Asian Tiger”