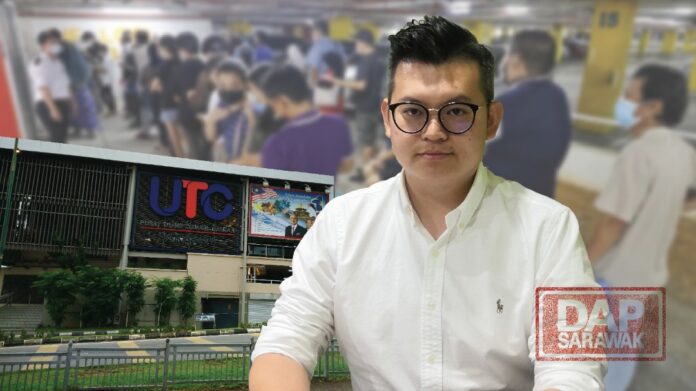 Instead of blaming DAP, SUPP should push for the PN government that they are part of to extend the UTC hours for the good and convenience of the people.

Yesterday, SUPP have attacked DAP on the suggestion to extend the working hours of UTC to address the large crowd coming to UTC especially after the MCO.

During PH time, the government did reduce it to 7pm(weekdays) for fiscal rationalization(saving public money) because, clear data showed that after 5pm, the traffic of customers coming is reduced to about 15%. Weekends we continued to open.

Of course it not ideal but it was a tough decision that was decided decided after considering the data and the need for fiscal consolidation. This are public money and we have to manage it responsibly. Those were during normal times(non-COVID) where there was no backlog due to MCO.

Fiscal consolidation was needed as our country’s debt was high hitting more than 1 trillion ringgit at that time. All these figures were transparently presented in parliament and even tabled in the Budget Parliamentary Select Committee which consists of both government and opposition MPs. The report on our national debt was signed and acknowledged by members of the opposition, YB Khairy Jamaluddin and YB Alexander Nanta Linggi, who are now both Minister.

So those that are saying that we lying about the financial status of our country and that we actually have money proven by the big economic stimulus announcement by PM, they need to better understand what fiscal borrowings and debts is. The current finance Minister has clearly said that the budget defisit will double meaning the country will borrow more money causing our national’s debt to increase. And when he said that the government will raise money domestically, it means that they are borrowing from local institutions including our EPF, PNB, SOSCO..etc.

All those are debts which we all eventually need to pay.

Now under the PN government, even with the expected big crowd, they further reduced the operation hours from 7pm to 5pm. That means those that finish work at 5 has no chance to go settle their business on a weekday. With the social distancing rules, and backlog due to MCO, the queue will even be longer as seen in the past week

In order to reduce crowding, one of the ways is too spread out the crowd through an extension of service hours, and this can be done until the clearing of the current backlog. So extraordinary times do require certain adjustments and adaptations and thats why the suggestion in first place.

All these queues could have been reduced if they have statted their services much earlier with the agreed SOPs and also look at ways to properly address the long queues while protecting the people from the spread of the virus.