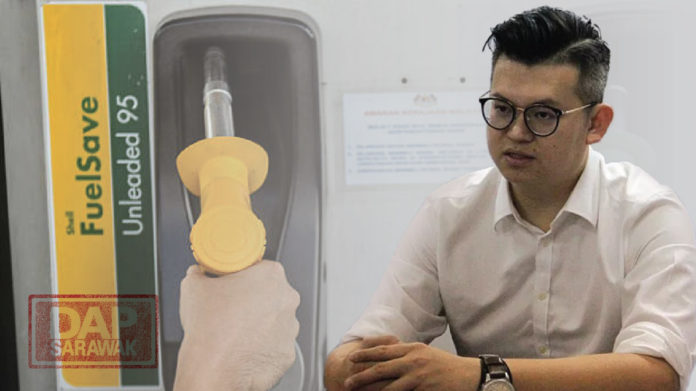 I welcome the announcement by the Domestic Trade and Consumer Affairs Minister Saifuddin Nasution on the “special consideration” given to Sabah & Sarawak regarding their plans for the targeted petrol subsidy.

Based on the announcement, the targeted subsidy mechanism will not be applied to Sabah and Sarawak and thus the current subsidy where RON95 will to be capped at RM 2.08 per litre will continue to be applied.

When the initial intention to introduced the targeted petrol subsidy was announced, we made few positive engagements and given our feedbacks to the different Ministries in order to give special consideration based on our needs and demographics in Sabah and Sarawak.

This shows the Federal Commitment to Sabah and Sarawak as well as send a strong message of appreciation and special consideration to Sarawak and Sabah on our contribution to the federal government as well as a recognition of our special status in the federation.

For this year, the Federal Government spends about RM 150 million a week in subsidy from period of 23rd August to 13th September 2019, and an average of RM 170 million a week for week after that.

It is then important that a proper check mechanism has to be in place to make sure that those intended parties benefit from the system rather than it being abused and used to profit the rich instead. I also urge for the border patrol to be more vigilant so that such subsidies fuel are not sold instead to neighbouring countries or even commercial factories where these subsidies are not intended to benefit.